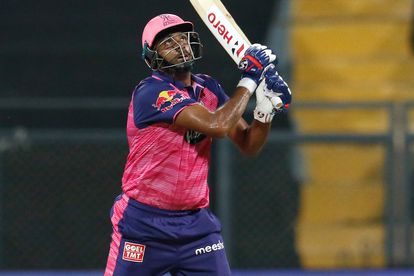 Ravichandran Ashwin became the first batsman in IPL history to be tactically retired out after he walked off for the Rajasthan Royals. Photo: IPL

Ravichandran Ashwin became the first batsman in IPL history to be tactically retired out after he walked off for the Rajasthan Royals. Photo: IPL

India’s Ravichandran Ashwin on Sunday became the first batsman in Indian Premier League (IPL) history to be tactically retired out after he walked off following his 28 for Rajasthan Royals.

Ashwin opted to bring his 23-ball knock to an end after 18.2 overs of the Royals’ innings against Lucknow Super Giants, to allow Riyan Parag join the big-hitting Shimron Hetmyer.

“It’s about being Rajasthan Royals (Ashwin’s retired out). We keep trying different things,” Samson said after his team’s three-run win.

“Have been talking about it before the season. We thought that if some situation occurs, we can use it. It was a team decision.”

Could we see more of Ravichandran Ashwin’s decision in the IPL?

The left-handed Hetmyer smashed an unbeaten 59 off 36 deliveries including six sixes and Parag also got one hit over the fence in his four-ball stay as Royals finished on 165/6.

“I had no idea about it (Ashwin’s retirement) – he was also a bit tired,” Hetmyer said of Ashwin’s rare form of departure.

West Indies’ cricketer-turned-commentator Ian Bishop tweeted: “Ashwin retired out is fascinating T20 tactics. T20 is causing us to rethink the way we conceive the game in the 21st century.”

Batters are allowed to retire at any time of the innings when the ball is dead after informing the umpires, according to cricket rules.

Once retired out, a batter cannot come back to take the crease, unlike retired hurt, where a batter can return to finish off his/her innings.