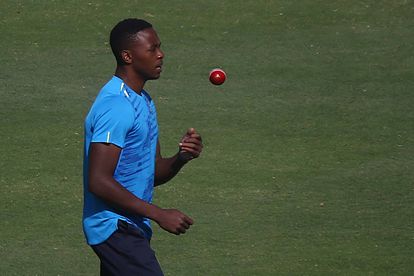 Proteas speedster Kagiso Rabada starred with the ball to help the Punjab Kings thump the Royal Challengers Bangalore by 54 runs in their Indian Premier League (IPL) clash on Friday.

Rabada recorded figures of 3-21 in four overs as RCB could only reach a total of 155/9 chasing a stiff target of 210.

Virat Kohli got the run-chase off to a fast start with the former India captain hitting 20 off just 14 balls, but was dismissed by Rabada in the fourth over.

The innings then never had any momentum as Faf du Plessis’ charges lost wickets at regular intervals to fall well short.

Opener Bairstow struck 66 off 29 deliveries while Livingstone came to the crease in the middle overs and smashed 70 off just 42 balls.

Harshal Patel was the pick of the Bangalore bowlers with the seamer recording figures of 4-34 in his four overs.

Despite their defeat, Bangalore stayed fourth in the standings with one match to play while Punjab Kings are in sixth spot with two games remaining.