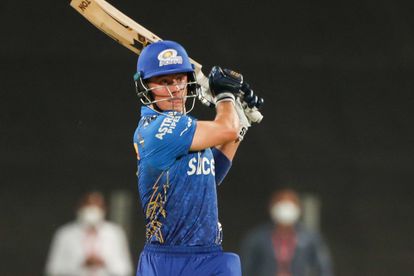 South African starlet Dewald Brevis made an impressive Indian Premier League (IPL) debut for the Mumbai Indians, but it was not enough as Kolkata Knight Riders won by five wickets.

Dewald Brevis, who is still only 18, who made his name known for the South Africa team at the U19 World Cup earlier this year, hit 29 off just 19 balls as Mumbai posted 161/4 in their allotted 20 overs.

Suryakumar Yadav top-scored with 52 off 36 balls while West Indian Kieron Pollard hammered 22 not out off just five deliveries to take the Mumbai Indians to a satisfactory total.

The Knight Riders slipped to 67/3 in the run-chase, but the innings was being held together by opener Venkatesh Iyer (50 not out off 41 balls).

As reported by The South African website, Australia’s Pat Cummins sealed the game with a brilliant unbeaten knock of 56 off just 15 deliveries as the Knight Riders won the match with a full four overs to spare.