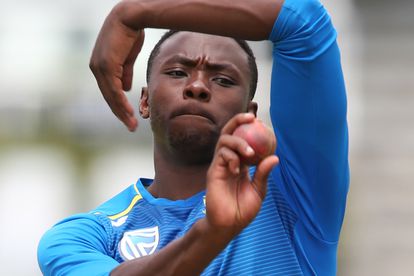 Proteas speedster Kagiso Rabada has been released from the team for the One-Day International series against India. Photo: Gallo Images

Proteas speedster Kagiso Rabada has been released from the team for the One-Day International series against India. Photo: Gallo Images

Mumbai Indians will be missing Proteas wicketkeeper Quinton de Kock for the first match of the 2021 IPL which kicks off on Friday, 9 April when the defending champions play the Royal Challengers Bangalore.

The gloveman only arrived earlier this week and has to sit out a week in quarantine before taking the field.

OPINION | ENOUGH IS ENOUGH – RESPONSE FROM WPCA IS WEAK

However, ESPNcricinfo reports that because De Kock arrived on a chartered flight with entry and exit points separate from regular airports, he may be able to avoid quarantine.

Unfortunately for Delhi, they will be without pacemen Kagiso Rabada and Anrich Nortje.

The duo were pivotal to the team last year, taking 52 wickets between them, propelling Mumbai into the final.

Chennai will be without Lungi Ngidi for their opening fixture, but he should be ready for their next match against Punjab Kings on 16 April.