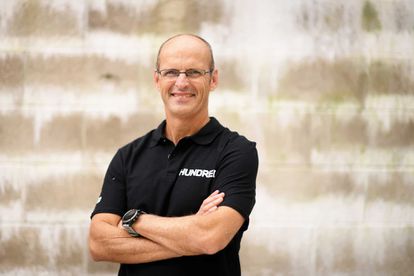 England are hoping for a swift conclusion to their hunt for a new Test coach, with Gary Kirsten the leading contender as the deadline nears. Photo: Harry Trump/Getty Images

England are hoping for a swift conclusion to their hunt for a new Test coach, with Gary Kirsten the leading contender as the deadline nears. Photo: Harry Trump/Getty Images

England are hoping for a swift conclusion to their hunt for a new Test coach, with South Africa’s Gary Kirsten the leading contender as the deadline for applications expires.

The window for submissions officially closes at 18:00 on Friday, 6 May, but informal conversations have already been held and the field of candidates is unlikely to shift at the eleventh hour.

The England and Wales Cricket Board are interviewing for two positions on Monday and Tuesday after resolving to split the red-ball and white-ball roles, but time pressure is most significant on the Test team.

They are back in action on 2 June at Lord’s, where they begin a three-match series against New Zealand, and would like the incoming coach, as well as new captain Ben Stokes, to play an active role in squad selection before that.

Gary Kirsten appears to be the man in pole position, as he was four years ago before being edged out by Chris Silverwood.

That experience suggests there is still plenty up for grabs during the interview stage, which will be led by the recently appointed director of cricket Rob Key alongside Sir Andrew Strauss and chief executive Tom Harrison and take place via video conferencing for those unable to attend in person.

Simon Katich is another live candidate, emerging as the likeliest Australian to cross the Ashes divide, Ottis Gibson’s name refuses to go away despite suggestions that he is committed to his current role in charge of Yorkshire and Graham Ford forged close links with Key at Kent.

Internal candidates such as Paul Collingwood, one of Silverwood’s assistants and recently interim head coach in the West Indies, and Young Lions coach Richard Dawson may find themselves with a better chance of pitching for the limited-overs vacancy.

Interest in that should be high given England’s status as 50-over world champions, but a homegrown prospect to work alongside captain Eoin Morgan may be preferable given the likelihood of an overseas appointment in the longer format.

If former South Africa and India coach Kirsten does emerge successful in that race, an agreement would need to be reached over his role as batting coach with Indian Premier League (IPL) franchise Gujarat Titans.

They are currently top of the IPL table and on course to go all the way in a competition which runs until 29 May – just four days before England’s Test summer begins.

Extracting him from his longer-term commitments in future years should be simpler, while the ECB would also need to find a new coach for Welsh Fire in The Hundred.

Having overlooked Kirsten for Silverwood, they successfully recruited him to front the Cardiff-based team in last year’s launch season.

Katich is also tied to that tournament with Manchester Originals, giving him recent exposure to the English game.

Here’s why pharmacists are worried about Post Office meds collection

13 Injured in serious collision between taxi and light motor vehicle

‘Justice has prevailed – this one time’: Celebs react to Jaco Swart’s beating