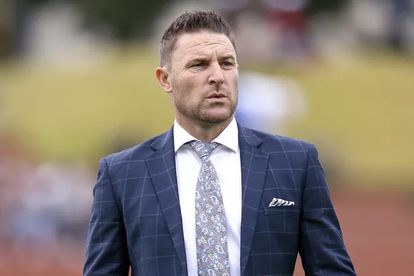 Former New Zealand captain Brendon McCullum was named on Thursday as the new coach of England’s Test side in a bid to shake the team out of its deep malaise.

McCullum will leave his job in charge of Indian Premier League franchise Kolkata Knight Riders to take over a red-ball side that has fallen to bottom place in the World Test Championship after a dire run of one win in 17 matches.

McCullum, who won 101 Test caps and retired from international cricket in 2016, made it clear that he has firm views about what actions he needs to take.

“In taking this role on, I am acutely aware of the significant challenges the team faces at present, and I strongly believe in my ability to help the team emerge as a stronger force once we’ve confronted them head-on,” said the 40-year-old.

“I’ve enjoyed several robust conversations with (new director of cricket) Rob Key about the direction of travel for the team and have found his enthusiasm contagious.

“I’m no stranger to bringing about change within a team environment and I can’t wait to get started.”

Key said he was enthused about the prospect of McCullum linking up with new Test skipper Ben Stokes.

“We are delighted to confirm Brendon as England men’s Test head coach,” he said. “It has been a real privilege to get to know him and understand his views and vision for the game.

“I believe in Brendon and Ben Stokes — a formidable coach and captain partnership. Time for us all to buckle up and get ready for the ride. I believe his appointment will be good for England’s Test team.”