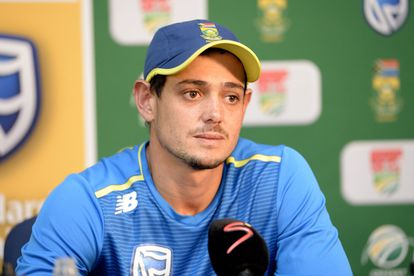 Both former skippers have the potential to be the leading batters for their respective sides.

For Kohli, it will be the first ODI series since Rohit Sharma was named captain by the Indian selectors in December.

Even though Sharma had to withdraw from the series in South Africa because of injury, the captaincy was not returned to Kohli but was passed to KL Rahul.

Kohli, who captained India in 95 ODIs with a 65-27 win-loss ratio, made it clear after India’s Test series defeat last week that he could speak about the coming one-day games purely “from a player’s point of view”.

Kohli, who subsequently stepped down from the Test captaincy, said: “You are obviously very driven and motivated to perform in any match you play for India. As an individual I can definitely say that I am looking forward to the ODI series and I am driven to perform in those ODI games.”

De Kock was made South Africa’s long-term white-ball captain in February 2020 and was made Test captain for four matches last season. But he did not seem comfortable in the role and a decision was made last March to put Temba Bavuma in charge of the white-ball teams, with Dean Elgar taking over as Test captain.

De Kock, who was already due to miss the last two Tests against India on paternity leave, announced after the first Test last month that he was retiring from Test cricket, although he remained available for limited-overs games.

The series marks De Kock’s return to action for the first time since becoming the father of a baby daughter. He fell to two indifferent shots in his final Test match and South Africa will be hoping for a return to the free-flowing, motivated batsman who hit three centuries in successive matches against India eight seasons ago.

The series is not part of the International Cricket Council’s World Cup Super League but South Africa in particular will be keen to record their first one-day series win since beating Australia 3-0 in March 2020 before cricket was effectively shut down by the coronavirus pandemic.

Since then, series against India and England have been aborted because of the virus, they have lost against Pakistan and Sri Lanka and have had to share the honours against Ireland and the Netherlands.

One match was lost, one won and another rained off in Ireland and the first match of a series against the Netherlands was washed out and the remaining matches postponed because South Africa was placed on a coronavirus travel “red list”.

India won the only two ODI series they played in 2021, at home against England and away against Sri Lanka.