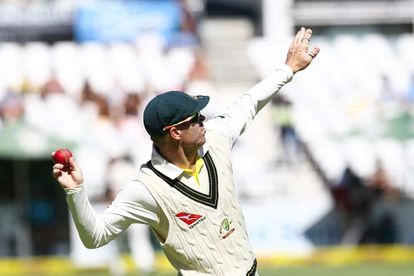 An internal investigation into ball tampering by Cricket Australia (CA) has revealed that it was vice captain, David Warner who came up with the plan to alter the condition of the ball during the third Test against South Africa at Newlands.

This was after the CA board met for two and a half hours on Wednesday to determine the sanctions placed on the offending trio.

Captain Steve Smith and his deputy, Warner were both handed one-year bans, while trigger man, Cameron Bancroft has been suspended for nine months.

Cameron Bancroft has been suspended for nine months.

Smith’s sanction means he has also been barred from captaincy for two years, while Warner will not be considered for a leadership position in the future.

Warner was found to have been the one who hatched the plan to alter the ball, and instructed Bancroft to carry out the plan, also going as far as demonstrating how it should be done.

Smith’s punishment was based on him knowing about the plan and neither preventing nor reporting it.

The investigations also revealed that sandpaper had been used to try and alter the condition of the ball, not sticky tape as Bancroft previously stated.

The three players have been banned from all international and domestic cricket but have been encouraged to return to club cricket to help “reconnect with the cricket community”. Each player will also have to complete 100 hours of community service in cricket.

Smith and Warner have also had their IPL contracts torn up in the wake of the scandal, just after both players had relinquished their leadership positions for their respective franchises.