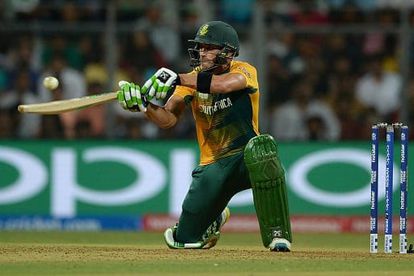 After all, isn’t T20 cricket supposed to be all about fun? Isn’t that why the tournament is called the ‘World T20’ and not the ‘T20 World Cup’? Otherwise we’d be taking this party far too seriously.

That sense of fun has been fading away as T20 cricket grows up. It’s gathered some sort of history and context where memories are made and records get broken. Yuck. How mainstream.

Take the Proteas’ opening game as an example. You can be as classicist as you wish and as blasé about the shortest format as possible, but it’s still a struggle to keep your sense of humour when Joe Root is smashing his way to a record World T20 chase against you.

Then the records pop up on the TV for the record chases of all T20 internationals and you see that South Africa have been on the receiving end of the top two. If T20 cricket is all about big-hitting fun, the Proteas have been generously donating snacks for the rest of the party without receiving as much as a ‘Thank you’.

The environment is getting a lot tenser than the T20 designers intended. Serious buzzwords like ‘pressure’ and phrases like ‘desperate to win’ are getting all too prevalent. That’s such a downer.

To find your inner fireball, there’s no better team to play than Afghanistan. They’re an absolutely awesome bunch of guys to catch up with at a party.

Not only do they offer something different from the humdrum of the elite ICC circuit, they’ve got personality and expression in spades. Just look at their opening bowler Hamid Hassan. The man bowls at 140 km/h, wears face paint and a headband. What’s not to love?

Sure, the Afghanistan game is a chance to land some yorkers and cut down on some wides, but it’s also a fabulous chance for the Proteas to just enjoy the party again.

Live on: SuperSport 2 and SABC