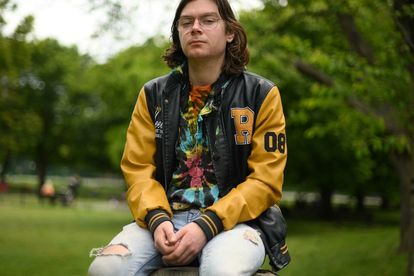 Climate activists invaded the circuit at Silverstone on Sunday shortly after the British Grand Prix was red-flagged following a multi-car crash at the start.

The same group, Just Stop Oil, were responsible for a stunt at a London art gallery last week, when two protesters glued themselves to the frame of a Vincent van Gogh painting.

And Louis McKechnie, one of those taking direct action on Sunday, tied himself to the goalpost during an Everton-Newcastle match last season.

Formula One’s governing body the FIA said they had removed the group from the circuit with police announcing that “a number of arrests” had been made.

“We confirm that after the red flag, several people attempted to enter the track,” an FIA statement reported.

“These people were immediately removed and the matter is now being dealt with by the local authorities.”

Both Northamptonshire Police and Silverstone had warned of potential disruption in the run-up to the race after intelligence received.

“The actions of a small group of people today were completely irresponsible and dangerous.

“We thank the police for their great work and we shouldn’t be complacent about the risk this posed to the safety of the drivers, marshals, fans and the individuals themselves.”

In a media statement Just Stop Oil claimed responsibility for Sunday’s latest action at one of the jewels in Britain’s sporting calendar.

They demanded that the British government “calls an immediate halt to new oil and gas projects in the UK” and warned they would “continue to disrupt sports, cultural events and oil until this demand is met”.

McKechnie said: “I’m in resistance because I cannot stand by while our government licenses new oil and gas projects. Our addiction to oil has brought us to the brink of catastrophe.”