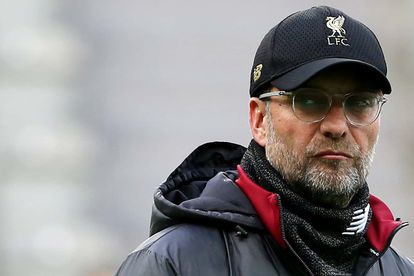 The decision by the Cameroon Football Federation to move 2021’s African Cup of Nations tournament to January and February could have a major impact on the fortunes of English Premier League (EPL) clubs next season.

It could also damage the hopes of many African footballers seeking fame and fortune with EPL and other top European professional clubs. Senior figures within the English game have warned that clubs will think twice about spending big money on players who will likely be absent at a critical time in the season.

Afcon 2021 was originally scheduled to be played in Cameroon in mid-year, after the European soccer season ends. But the country’s football governing body decided to move it to early in the year to avoid the summer heat. Cameroon is located in the northern hemisphere, just above the equator.

Three to four players may be lost at some clubs

Other clubs with a notable African player contingent, include: Leicester City (Daniel Amartey of Ghana, Rachid Ghezzal of Algeria, Kelechi Ịheanachọ and Wilfred Ndidi of Nigeria, and Islam Slimani of Algeria), Crystal Palace (Jordan Ayew and Jeffrey Schlupp of Ghana, Cheikhou Kouyate of Senegal and Wilfried Zaha of Ivory Coast) and Arsenal (Pierre-Emerick Aubmaeyang of Gabon, Mohamed Elneny of Egypt and Nicolas Pepe of Ivory Coast).

An additional concern is that players may return to their clubs injured or jaded, at a time when they’re sorely needed for league-title challenges or Champions League round of 16 matches.

Klopp believes the change is catastrophic

Liverpool boss Jürgen Klopp has called the January-February Afcon date a “catastrophe” for the club. He also hinted that it could affect the players that the club signs in future.

“We will not sell Sadio, Mo or Naby now because they have a tournament in January and February [2021] – of course not. But if you have to make a decision about bringing in a player, it is a massive one — because before the season, you know for four weeks you don’t have them. That’s a normal process and as a club you have to think about these things,” he said.

Harry Redknapp – the former manager at Spurs, West Ham, QPR and others – has also weighed in.

“It definitely affects your thinking when it comes to signing African players,” he told BBC World Service.

“Invariably when they come back from the tournament, they’re not the same. They don’t seem to recover from the rigours of the Cup of Nations.”

He continued: “You’ll suddenly lose players for six to eight weeks because they will go away to a training camp before. When you’re signing players, you do look at it and if they’re going away to the Cup of Nations, sometimes you think: ‘I’ll give this one a miss’.”