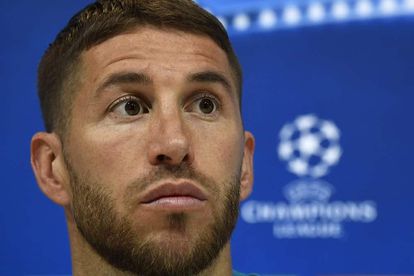 It seems as if a congratulatory tweet from their fiercest rivals is as good as it gets for recently-crowned La Liga champions Barcelona.

Congratulations to @FCBarcelona for winning LaLiga and the Copa del Rey this season.

The Catalans sealed their seventh league title with four games to spare after beating Deportivo La Coruna last Sunday, adding to their fourth consecutive Copa del Rey title won a week before. Ending the season is also still a possibility but there is one last battle looming large.

While Real Madrid acknowledge what a great season their counterparts have enjoyed, Zinedine Zidane’s side have been ordered not to give Barca a guard of honour when the two meet in a league match in what is the final El Clasico for the season at the Camp Nou on Sunday.

The guard of honour issue has since evoked a lot of input from all corners.

Barca defender Jordi Alba insists they should be afforded the traditional mark of respect saying that if roles were reversed, they would make the effort for Real.

“If they don’t want to give us a guard of honour it will be because it comes from upstairs.”

Alba is spot on.

Captain Sergio Ramos is standing firmly by boss Zidane on the matter which stems back to the Club World Cup won by Madrid in December. In that case, Barca didn’t give Real a guard of honour.

But Alba says there was no need to since Barcelona didn’t compete in the competition.

Ramos, however, remains defiant as his team target a third successive Champions League final ahead of their second leg against Bayern Munich in the last four on Tuesday night, carrying a 2-1 lead and two away goals at the Santiago Bernabeu.

What Zidane says is gospel. We’re making too much fuss out of all this. Barca have the title, which is what they wanted, but there will be no guard of honour full stop.

The Spanish defender didn’t stop there.

He says lifting the Champions League title this season would be worth “maybe a little more” than Barca’s recent double.

The Camp Nou outfit suffered a shock quarter-final exit courtesy of a miracle comeback by Roma who will need to do more of the same tomorrow night when they face Liverpool trailing 5-2 on aggregate.

Speaking ahead of tonight’s Bayern Munich clash, Ramos didn’t mince his words when asked to compare a domestic double and European glory.

I know where your question is coming from – Barca have won the double. It is a great year for them, winning the Copa has its merits, La Liga a bit more, and winning the Champions League could be the same as both, and maybe a little more, depending on for who. But they have had a great season, and we will too if we can win the final.”

And about that guard of honour …

There won’t be a pasillo, and that’s it. They have their Liga title, which is what they wanted, and the pasillo is not a big deal for them or for us. They can enjoy their trophy. We are trying to knock out the Germans and defend the Champions League in another final in Kiev.