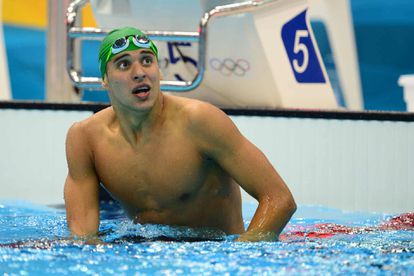 As reported by The South African website, Le Clos was a no show for the men’s 200m butterfly heats on Monday morning.

Team South Africa’s manager has confirmed that the 30-year-old ‘has a medical’ and has withdrawn from all his scheduled events.

Le Clos finished 33rd in his first event of the championships, the 50m butterfly, and was seeded 10th in the 200m butterfly.

He was also seeded 25th in his other race, the 100m butterfly.

Le Clos is a four-time Olympic medalist, including most famously winning gold in London 2012 where he upstaged rival Michael Phelps in the 200m butterfly.

Chad le Clos is the latest big-name South African to withdraw from the championships, after world record holder and Olympic gold medalist Tatjana Schoenmaker declined her entry, and rising star Pieter Coetze pulled out of the meet after testing positive for Covid-19.

With those South Africans in Budapest, including Matt Sates, turning their focus to the upcoming Commonwealth Games in Birmingham, England, Team SA is now likely to leave Hungary empty-handed medal-wise.