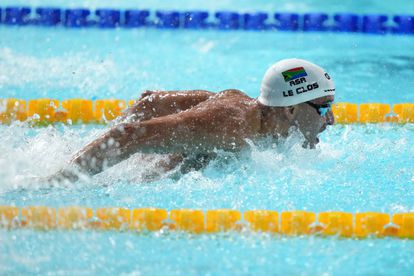 However, for one brief moment, Le Clos was the joint-highest holder of the distinct honour.

As reported by The South African website, Le Clos entered the Birmingham Games needing only one more medal to join shooters Phillip Adams of Australia and England’s Mick Gault as the joint-most prolific Commonwealth Games medallists with 18 medals won.

On Tuesday evening Le Clos narrowly missed out on the podium when he finished fourth in the men’s 100m butterfly final to fall short of becoming the sole owner of the most Commonwealth Games medals won honour.

In the final event of Tuesday’s action, South Africa – and Le Clos – were denied a medal in the 4x100m mixed relay when they agonisingly finished fourth – by just 0.35.

In helping Australia to win that race, Emma McKeon took her tally of Commonwealth Games medals won to 19 – setting a new all-time mark in the process.

When Team SA did not elect to enter a team in the men’s 4x100m medley relay in Wednesday’s heats, Le Clos’ programme in Birmingham officially concluded.

McKeon, however, will almost certainly add to her total in the women’s equivalent race.

Chad le Clos will still have the consolation of leaving Birmingham as the joint-highest men’s Commonwealth Games medal winner of all time.

Never say never, but having turned 30 in April this year, it’s unlikely Le Clos will compete at the next Commonwealth Games in Geelong, Australia in 2026.

McKeon, however, at 28, could well still be swimming when her country hosts those Games in four years time.