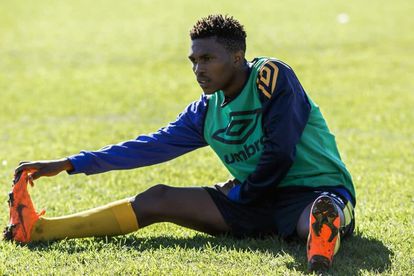 Cape Town City have bolstered their squad for the upcoming season, with the acquisition of highly-rated Bafana Bafana youngster, Gift Links.

The side from the Mother City finished their second season in the top flight trophyless, placing fifth in the league standing, and bring in the teenager as their second signing of the transfer window, following Ivorian defender Koassi Kouadja who fills the gap left by captain, Robyn Johannes, who joins Bidvest Wits.

The 19-year-old Links returns to the Premier Soccer League after spending a season in Egypt with Pyramids FC – a side he joined from Platinum Stars after impressing in the CAF Champions League.

He made 12 appearances for Pyramids, before catching the eye of Bafana coach, Stuart Baxter, who included his in the national team set-up for the ill-fated Cosafa Cup campaign, where they finished with the Plate after being knocked out of the quarterfinals by lowly Madagascar.

The club revealed that the youngster – who has already linked up with his new teammates for pre-season preparations – signs on a club record fee: