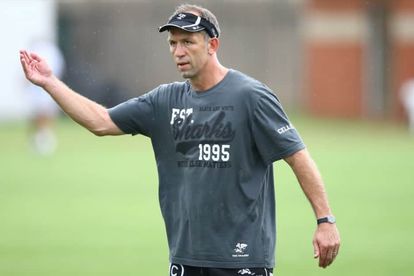 So that’s one in the ‘yes’ column, yet still so negative…

@Springboks @FlySafair @ASICS_ZA Send Allister Coetzee on gardening leave seeing that there is no money to fire him. Let Brendan Venter take charge of everything

… and let the undermining begin.

@JWhiterugby: Sorry, @BrendanVenter is a mentally sick man, a bully, a dummy and above all, a loser. Other than that, he's just wonderful..

Err, you actually want to ask the public that? Interesting decision.

So how do you feel about the inclusion of Brendan Venter as defense consultant to the @Springboks team? Good move or not? pic.twitter.com/SScNe1u7qg

But which type of spider? The public demands to know!

As mad as a bag of spiders but one of rugby's sharpest minds. A maverick you'd rather have working for you than against @BrendanVenter https://t.co/OJwEeKdjUx

This spider has legs in many, erm, flies.

Lolz. Have that for a zinger.

@karynmaughan #mbete Should play centre for the Springboks, no one can side step as she does.

It’s a thought, for sure.

@SARugbyChick @FlySafair @ASICS_ZA @Springboks Next the #springboks need to add #Rassie as the everything else coach!

Heh. We believe you.

.@Springboks coach Allister Coetzee: “Brendan was part of my plans in 2016, but he was not available because of commitments elsewhere”

That lot should do the trick.

Brendan does the defence, Brenden does the exits. Simple.

Dear Rugby people: What is an "exits coach" ? #BrendenVenter #Springboks

Even Italy didn’t have respect for Italy’s Six Nations campaign.

Allister Coetzee: We delayed confirming this appointment out of respect for Italy’s Six Nations campaign #Springboks