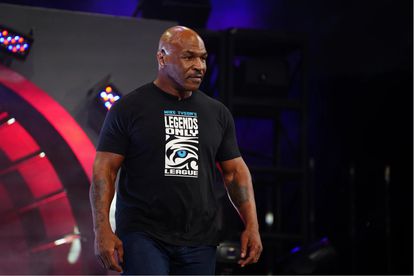 Photo courtesy of All Elite Wrestling

Photo courtesy of All Elite Wrestling

Mike Tyson was at the centre of a disruption on a flight from San Francisco International Airport to Florida on Thursday.

Video footage obtained by TMZ shows what appears to be Mike Tyson punching another passenger in the head.

Other videos shared on social media by the same passenger who filmed the alleged beating show that the man who got punched was harassing Tyson.

The airline are yet to comment on the incident to complete the picture of this incident.

Representatives of Mike Tyson told NPR: “Unfortunately, Mr. Tyson had an incident on a flight with an aggressive passenger who began harassing him and threw a water bottle at him while he was in his seat.”

Tyson’s agents further said that the former heavyweight champion of the world agreed to take a picture with the man at the start of the flight but he then proceeded to continue talking to the erstwhile boxer.

According to Police in San Francisco, they were called to the scene and detained two people they believed to be involved in the incident on the plane.

San Francisco Police told TMZ that one of the people, who was also treated for minor injuries, “provided minimal details of the incident and refused to cooperate further with the police investigation”.

Tyson last fought competitively in 2005 but recently donned the gloves for an exhibition fight against Roy Jones Jr that went six rounds.

He has teased getting in the ring with influencer turned boxer Jake Paul.

Paul has said on his Youtube channel: “I joke with my friends about it, I’m like I’ll start eating Krispy Kreme doughnuts, move up to heavyweight and fight Mike Tyson. That would actually excite me and that’s a $200-300million event.

“So Mike, if you’re watching this let’s have some fun. New school vs old school and I think that’s something that the fans would want to see.”