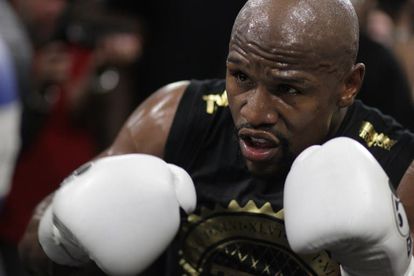 Mayweather, now 45 and recently inducted into the International Boxing Hall of Fame, floored his opponent with a right hand at the end of the second round as his former welterweight foe Manny Pacquaio watched at ringside.

The bell to end the round sounded as Asakura hit the canvas, but it failed to save the Japanese fighter who was unable to beat the count.

Asakura, an MMA star and popular YouTuber in Japan, gave Mayweather more of a workout than the last time the American fought an exhibition in Japan, against kickboxing prodigy Tenshin Nasukawa in December 2018.

But the fight was another easy payday for Mayweather, nicknamed ‘Money’, who is reportedly close to agreeing a rematch in 2023 with UFC star Conor McGregor.

Mayweather retired in 2017 with a flawless 50-0 record after beating McGregor in his final fight.

The Mayweather-Asakura bout had no judges, meaning the result would not count on the fighter’s record.

Mayweather arrived at Saitama Super Arena, north of Tokyo, just an hour before the fight.

He was shown on TV relaxing in a dressing room full of takeaway fast food, prior to making his ringwalk.

Mayweather predicted last week that the fight would be an “easy payday, easy cheque, easy opponent”.

Mayweather’s retirement has not stopped him from raking in millions of dollars from a series of high-profile exhibitions.

In his 2018 match with Nasukawa, a kickboxer less than half his age, Mayweather floored him three times in the first round in a two-minute fight that he hinted online had netted him $9 million.

He recorded eight-round points wins in his other exhibitions, against YouTube star Logan Paul in June 2021 and fellow retiree “Dangerous” Don Moore in May this year.