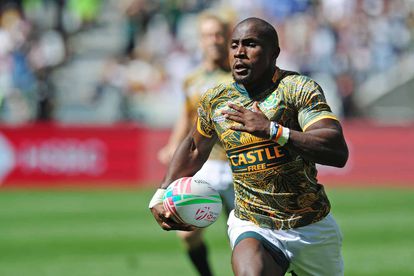 New Blitzboks skipper Soyizwapi has already guided the team to two tournament wins as stand-in captain and will be looking to bring things together for the team in Dubai.

The Blitzboks open their World Rugby Sevens Series campaign in Dubai on Thursday with Soyizwapi now the full-time skipper after the retirement of Philip Snyman.

Soyizwapi was in charge of the squad when they claimed the Vancouver and Singapore legs of the World Sevens Series in the 2018/2019 season.

Blitzboks loaded with talent and leadership

“This is a strong group of players, not only in skills and talent, but also leadership,” said Soyizwapi ahead of the trip.

“We have a variety of skilful players in the squad, some playmakers, some steppers and some deadly finishers. If it all comes together in this group, we will be successful.

“We said we just wanted to unite as a group and execute as a group. We have a lot that we want to try and a lot of stuff we have worked on, so if we can do that together as a group, we will be strong.”

Soyizwapi pointed to the fact that the SA Rugby Sevens Academy will also play at the same venue and emphasised squad’s talent, which included established Blitzboks stars.

“I think we are around 36 guys in total competing for the 13 slots available on any given weekend.

“So, the competition is fierce, but in a good way. We push each other to become better every day and that is a good space to be in as a squad.”

In recent seasons, the Blitzboks gave South African rugby supporters many reasons to smile, having won the World Sevens Series in 2017 and 2018. With the Springboks having won the 2019 Rugby World Cup, Soyizwapi feels they have even more to aspire to and in an Olympic year, the Sevens side have every opportunity to grab some glory and inspire fellow South Africans.

“In fact, what the Boks did in Japan inspires us to also go out and do great things,” he said. “It was massive for the nation and for us as well. It motivated us and we are keen to keep the South African flag flying high.”