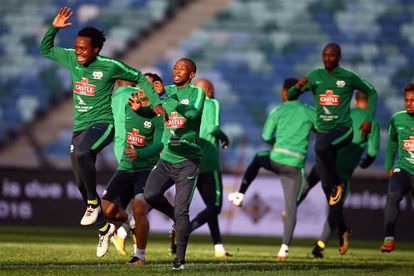 Stuart Baxter has opted for the tried and tested in his Bafana XI for the crucial Afcon qualifier against Libya at Moses Mabhida Stadium on Saturday.

Experienced goalkeeper Itumeleng Khune takes up his spot in goal, despite being an injury doubt ahead of the game, while in-form Supersport United striker Bradley Grobler is on the bench.

Orlando Pirates midfielder Vincent Pule is the only debutant in the XI, having been called up to the squad belatedly to replace the injured Themba Zwane.