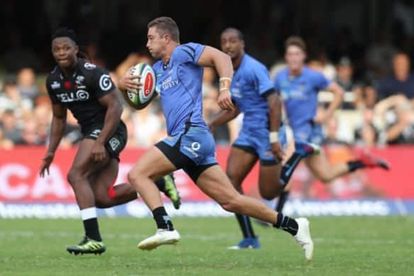 DURBAN, SOUTH AFRICA – MAY 06: James Verity-Amm of Western Force over for a try during the Super Rugby match between Cell C Sharks and Force at Growthpoint Kings Park on May 06, 2017 in Durban, South Africa. (Photo by Steve Haag/Gallo Images)

DURBAN, SOUTH AFRICA – MAY 06: James Verity-Amm of Western Force over for a try during the Super Rugby match between Cell C Sharks and Force at Growthpoint Kings Park on May 06, 2017 in Durban, South Africa. (Photo by Steve Haag/Gallo Images)

The decision comes after several weeks of consultation with Rugby bodies and stakeholders, including Government and commercial partners.

ARU Chairman, Cameron Clyne said: “The ARU Board has today made the decision to discontinue the Western Force as the Super Rugby competition reverts to fifteen teams for the 2018 season.

“This has been a complex process to reduce Australia’s Super Rugby representation to four teams as agreed by SANZAAR following its review of the competition.

“We are regretful that this issue has consumed so much of the public commentary on the game in 2017. It was clearly not our intention for this to play out over such a lengthy period however there have been factors outside the ARU’s control that have prevented us from completing the process.

“Our decision to exit the Western Force has been guided primarily by financial outcomes.

“As we have reinforced throughout this process, there are commercial realities which are linked to declining on-field performance across our Super Rugby teams which has put Australian Rugby in a position where it can no longer sustain five teams.

READ: Force cut after arbitration finds in favour of ARU

“Furthermore, the significant unbudgeted support funding that has been provided to Super Rugby teams over the past five years has greatly affected our capacity to invest in community Rugby.

“This is a sad day for Rugby, especially for Western Force fans. We accept that there will be anger and resentment over this decision and we sympathise with those fans. We sincerely hope that they are not lost to the game forever.

“The decision to exit the Western Force from Super Rugby is not a decision to abandon the game in Western Australia.

“Our immediate concern is to support the individuals at the Western Force through these difficult circumstances and we will deploy various ARU management staff to Western Australia to provide assistance to all players and staff.”