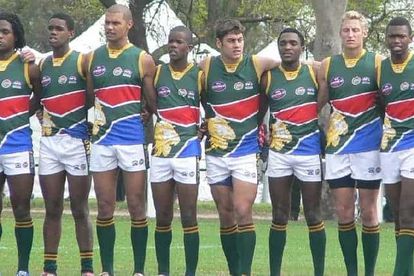 It’s a tough sport to conquer, but Aussie Rules football has certainly found a home from home in South Africa.

Since 1997, teams have been playing AFL domestically in city-based leagues all across South Africa, and it is now going from strength-to-strength thanks to the incredible national team.

Potchefstroom University’s High-Performance Institute has teamed up with the North West Academy of Sport to host the SA Lions’ AFL squad. They meet up here when they need to train for big games or tournaments, and it doesn’t get any bigger than The International Cup…

This tournament will kick off on Saturday 5th August, with all games being hosted in Melbourne, Australia. South Africa will have to navigate their way past Great Britain, USA, Fiji, and Papua New Guinea in the group stages to get to the finals.

At the Division One International Cup in 2011, South Africa finished third out of 18 teams and even managed to secure a victory against the former champions PNG.

The Lions’ ace-up-the-sleeve is Steven Matshane – he won the golden boot in 2011, and holds the record for the most points scored in a single International Cup tournament. He’s very excited about SA’s chances:

“Each individual has the skill level, and the sense of the game has grown in this country. There’s always an improvement, and we’ve known each other and played together for a couple of years now”.

The team are achieving great things, and it is yet another sporting source of pride for us in SA. The lads need a bit of help, though…

They are operating on a shoestring budget, and require a little assistance to ensure their Melbourne stay is fully costed: They need sponsorship for the travel from their Melbourne HQ to two of their games.

If you are able to help out these incredible young sportsmen in chasing their dreams, you can contact Rob Flude on his email – robflude@gmail.com

He’ll also be able to help you out if you’re a Melbourne based Saffa interested in learning more about the team. There’s only one thing left to say…