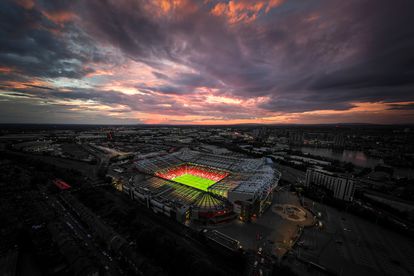 Tech giant Apple has reportedly joined the race to buy Manchester United after the club announced the shocking news this week.

APPLE THE LATEST COMPANY TO EXPRESS INTEREST IN MANCHESTER UNITED

The Glazer family which owns the club put it up for sale this week and potential buyers such as Apple have started expressing their interest.

According to ESPN, United issued a statement on Tuesday to reveal they are “exploring strategic alternatives,” including new investment or a full sale.

STATEMENT BY THE CLUB REGARDING THE SALE

The statement released Tuesday read: “Manchester United announces today that the board is commencing a process to explore strategic alternatives for the club.

“The process is designed to enhance the club’s future growth, with the ultimate goal of positioning the club to capitalize on opportunities both on the pitch and commercially.
“As part of this process, the board will consider all strategic alternatives, including new investment into the club, a sale, or other transactions involving the company.

“This will include an assessment of several initiatives to strengthen the club, including stadium and infrastructure redevelopment, and expansion of the club’s commercial operations on a global scale, each in the context of enhancing the long-term success of the club’s men’s, women’s and academy teams, and bringing benefits to fans and other stakeholders.”

WHAT’S AT STAKE WHEN PURCHASING THE CLUB

A report from the Daily Star has claimed that the world’s largest tech company may be interested in acquiring the club for £5.8billion – the largest acquisition in football history surpassing what Todd Boehly paid for Chelsea this year.

Additional expenses for Apple if they buy the club would be the channelling of funds to the club’s Old Trafford stadium which requires revamping.

According to Mail Online, it is understood that rebuilding the stadium will cost approximately £1.5bn, making it the most expensive football ground in the world – ahead of Tottenham’s new £1bn stadium.