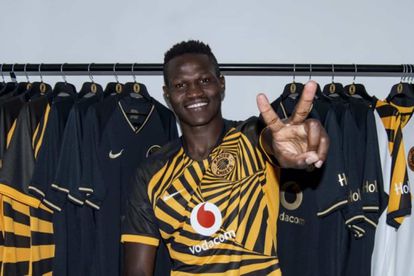 Kaizer Chiefs’ new midfielder, Anthony Akumu, could be in line for his debut against Golden Arrows on Saturday — but what will the Kenyan bring to Amakhosi?

The first thing the tall midfielder will add to Chiefs is even greater height from set-plays in both boxes.

Amakhosi have been practically unstoppable from corners and wide free-kicks in recent months and adding another tall player to this is a fearsome thought for opponents. Having extra defensive protection in this department also means one less way opponents can hurt Chiefs.

The 27-year-old generally plays in a deep midfield role, but is not a pure holding midfielder who occupies an area of the pitch like Willard Katsande does.

Akumu is more athletic and looks to cover large swaths of ground in closing down opponents and breaking up play. For that reason, he is better suited to being part of a double pivot or as a shuttler on the sides of a diamond.

Although not the most technically gifted in terms of close control, he does possess the ability to pass and shoot well with both his left and right foot, and his mindsight in attacking transitions is excellently what Ernst Middendorp demands: play forward as quickly as possible to eliminate disorganised opponents.

The last foreign African midfielder signed by Chiefs was Ghanaian, James Kotei. He also arrived as a player famed for his athleticism and defensive nous, but he was released having not made a single appearance for the club.

In October, Middendorp stated that he was struggling with the pace of the game in training.

The key difference as you reach a higher level is that the time and space to execute your actions is much smaller. Kotei never got to grips with that, and Akumu has to avoid the same fate.

In January 2019, Akumu came up against Kaizer Chiefs in the CAF Confederations Cup for Zesco United. His role that day was in a central midfield duo that was tasked with aggressively man marking their Amakhosi counterparts. Every time George Maluleka or Hendrick Ekstein got the ball, Akumu was on them to prevent them turning and playing a forward pass.

Once such moment saw the Kenyan midfielder win the ball off Ekstein, carry it forward and drive a left-footed shot past Virgil Vries from 30 yards to give his side the lead. His performance otherwise was solid, with some good play to pick up second balls and largely solid passing, although some of his more ambitious attempts to play forwards saw the ball given away.

His performance in that match, as well as that of Lazarous Kambole, is seemingly a large part of what has prompted Amakhosi to sign the duo in the last two transfer windows.

Against Golden Arrows this weekend, the midfielder should be in the 18-man squad if his work permit has arrived and his fitness levels are deemed good enough. With George Maluleka back from suspension, and both Katsande and Kearyn Baccus to compete with for a starting spot too, it is most likely that we will see Akumu on the bench initially.