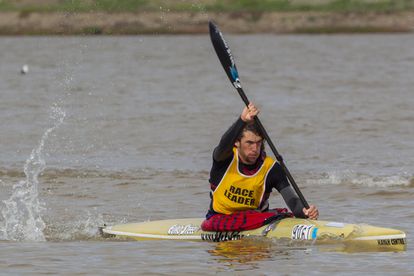 Dusi Canoe Marathon champion Andy Birkett has added his name to the growing list of entries for the Berg River Canoe Marathon from 7-10 July as part of a new reciprocity between the two oldest paddling events on the national calendar.

The new exchange agreement with the Dusi will see the men’s and women’s winners of the Dusi invited to race the Berg marathon – and Birkett jumped at the opportunity.

Andy Birkett missed out on making the national team to the marathon world’s in Romania later in the year, and quickly set his sights on the 60th anniversary of the Berg.

“I love this river, the challenge, the grind and the constant web of channels and choices that you have to execute at speed but most of all I love the race vibe and people you meet along the way,” said Birkett.

There is a substantial interest in the Berg marathon this year, which will be run in full compliance with the prevailing lockdown rules, and the pre-Berg training Ultra Paddle has got under way with participation by paddlers around the world.

Confirming the deal with the Berg, Dusi committee chairperson Shane le Breton said that, while the races were critically different, they were both pillars of the South African canoeing calendar.

“The Dusi is characterised by its portages, the KZN summer heat and the many rocky rapids on the uMsundusi and uMngeni Rivers, while the Berg takes on the Cape winter, tree-blocks and long distances, so they seem to be poles apart,” said Le Breton.

“Both of them are household names in South African sport, and share a history going back more than sixty years. Both races share champions, as paddlers like Willem and Roelof van Riet, Mark Perrow, Abbey Ulansky, Robyn Kime, Alexa Cole, Abby Solms, Hank McGregor and Andy Birkett have won both of them.

“These races are six months apart and are foundations on which South African canoeing is built. Both are bucket-list events that every paddlers wants to do, so it is exciting to be able to formalise the reciprocity agreement with the Berg,” he added.

Under the deal, the winner of the men’s and women’s title at the 2021 Dusi will be invited to race the 2021 Berg, and the Berg champions will be offered K2 places in the 2022 Dusi.

“It will be exciting to have the Dusi champions on the start-line of the Berg and to send our champions to the next Dusi,” said Berg organisers Brandon Macleod.

“During the lockdown year of 2020 we staged the virtual Ultra Paddle, which has really fired up interest in doing the full Berg in 2021,” he said.

“We were excited to see how the Dusi was staged in full compliance with the lockdown regulations, and that has really galvanised the paddling community to focus on taking on the Berg in July.

“For some it will be a competitive outing, but for many it will be a great personal goal to set, and simply completing Berg is a feather in any paddler’s cap.

“During lockdown we have learnt to be resilient and work towards goals, and completing the 60th Berg has resonated with the paddling community,” he added.

More information can be found at www.berg.org.za