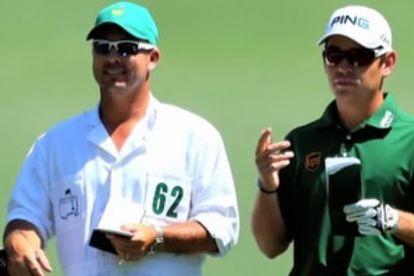 Louis Oosthuizen came agonisingly close to winning his second Claret Jug.  After finishing tied for the lead with Zach Johnson and Marc Leishman, the players played a four-hole playoff where Johnson triumphed. Oosthuizen came close, but missed a putt on the final hole. It was far too much drama for a Monday night and if you’re new to golf, you probably won’t want to put yourself to that sort of thing ever again. But just in case you’re the masochistic type and you’re wondering who Louis Oosthuizen is, we’ve got you covered.

Louis Oosthuizen was born on Mossel Bay, a tiny town on South Africa’s stunning Garden Route. He always liked golf, but could not always afford for the equipment he needed or tee times. Through Ernie Els’ foundation, Oosthuizen spent three years refining his career and growing as a golfer.

Louis Oosthuizen was just 19 when he turned pro. He had won a few amateur titles before then, but went pro in 2002.

It’s probably no surprise that Louis Oosthuizen, like so many other South African sports people, has his own wine company. Louis 57 is hand selected by Oosthuizen and winemaker business partner Jacques Borman. The wines come from local vineyards across South Africa and are split between the Louis 57 Private Collection and Louis 57 Private Cellar.

Wine and food go hand in hand so of course Oosthuizen also has his own restaurant. His restaurant, Route 57, is located in Mosel Bay and the menu offers a mix of modern cuisine and traditional South African fare. The menu was designed by chef Anzelle Seelie.

For the first time in 27 years, the British Open finished on a Monday, after the weather caused severe delays over the weekend. High winds, up to 45mph suspended play for 11 hours where Oosthuizen had to wait to make his putt on the 13th green. Luckily for him, he didn’t have to wait on the course in that messy weather.

7.  The last time he won The British Open, he bought a tractor with the prize money

Seriously, as a farm boy from Mossel Bay, Louis said he always wanted a John Deere tractor. So he bought himself one when he won the British Open in 2010.

Being a farm boy it was one of my big dreams and I bought myself a nice John Deere tractor for my farm back in South Africa,” said the 27-year-old. “John Deere is very close to my heart. It’s for me to drive around on and I made sure there was enough space for my little daughter Jana to sit beside me. We’re going to have a lot of fun.

Just look at all the fun he is having.

Come on, Louis, do it for your John Deere pic.twitter.com/bT82MvuK3V

BONUS: He once hit an albatross at The Masters