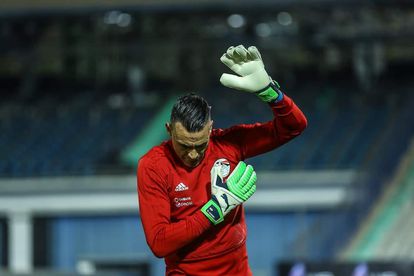 Essam El Hadary became the oldest player in World Cup history when he lined up for Egypt against Saudi Arabia on Monday.

The Al-Taawoun keeper will beat Colombia’s Faryd Mondragn who came on as a substitute against Brazil in 2014 at the age of 43 years and three days.

He had to wait for his chance, though – and it wasn’t a certainty. With Egypt chasing their first win at the World Cup, El Hadary wasn’t sure he’d get the chance to feature in the dead rubber. Before the game, he said.

“I will be very happy if I participate and set the record. But it is not certain.”

After being left on the bench for both defeats against Uruguay and Russia, the fitness fanatic has been anything but a happy camper and has reportedly challenged the coach about his omission.

This has been denied by the Egypt team spokesman Sherif Ismail.

El Hadary supported and praised his teammates. He may be angry for not participating but nothing out of line happened.

El Hadary, who first represented his country in 1996 and has since earned 156 international caps, was Egypt’s first choice keeper for most of their qualifying but has since played second fiddle to Mohamed El-Shanawy who is 16 years his junior.

But now his name is written into the history books forever.