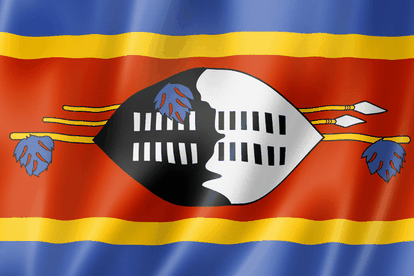 Image by Daboost via canva.com

Image by Daboost via canva.com

Nigeria, Somalia and South Sudan are experiencing some of the worst human rights crises in Africa. In all three countries, civilians are constantly and deliberately targeted by belligerents. Countries where civilians are not getting systematically burnt, shot or blown up tend to get much less attention – even if serious human rights violations are still taking place. And if these countries are small then they are hardly ever spoken about.

Take Swaziland, whose ruler, King Mswati III, is Africa’s last absolute monarch. As my organisation, Action for Southern Africa, outlined in a paper published last year, civil and political rights are consistently denied in the country. Political parties are banned from taking part in elections, the largest opposition party is proscribed under anti-terrorist legislation, and the King has a firm grip on the government and judiciary. Swazi political activists and human rights defenders frequently endure harassment, threats and violence. The latest (November 2017) Mo Ibrahim Foundation Index of African Governance confirms this analysis, placing Swaziland 50th out of 54 countries for ‘participation and human rights’.

Moreover, as a result of mismanagement and corruption, the economy is in a dire state. An estimated 64% of the population lives below the poverty line, and a recent study by the Brookings Institution names Swaziland the most unequal country in the world in terms of income distribution. On top of this, Swazis face the world’s highest HIV/AIDS prevalence. Yet the King does not seem to want to give up his taste for palaces, private jets, sports cars and expensive shopping trips.

Certain laws and cultural norms severely discriminate against women and girls. As a result, many of them face social, economic and political marginalisation. Some women are trying to organise and mobilise to claim their rights, but they receive little support from external actors. Indeed, the international community has not sufficiently engaged with authoritarianism and human rights abuses in Swaziland. Unsurprisingly, this often leads progressive forces within the country to believe that Western countries and multilateral institutions condone the actions of the King and the elites close to him.

At times, foreign actors have actually caused harm. For example, inviting Mswati III to the Queen’s diamond jubilee celebratory lunch in 2012 conveyed the impression that the UK endorsed the Swazi monarch. The following year, a Commonwealth observer mission monitoring Swaziland’s elections recommended that the constitution be revisited, which was ironic considering that the Commonwealth helped the country to develop its undemocratic constitution in the previous decade. As for the European Union (EU), its aid to the country has long been criticised for lacking political nous and as a result providing opportunities for the Government of Swaziland to ignore its obligations to its citizens.

It is true that the Southern African Development Community (SADC) and African Union (AU) have done little to challenge Swaziland’s ruler. Appallingly, Mswati III was even the chairperson of SADC until recently. Yet this is no excuse for democratic nations outside of Africa or multilateral institutions that advocate democracy to ignore their responsibilities. Only 7% of Swazis feel free to join any political organisation according to a survey published at the end of last year. The international community should offer greater financial, technical and diplomatic support to those within the country who are seeking to build a strong and united movement to transform their society in favour of democracy and human rights.

In addition, the likes of the UK, Commonwealth and EU need to apply significant external pressure on the King to complement internal action for change. For example, if the EU was to withdraw Swaziland’s trade preferences as the US has done (although it is disappointing that the US may soon reverse this decision), it would send a powerful message to the regime. Similarly, subjecting Swaziland to international monitoring and accountability mechanisms, such as the Commonwealth Ministerial Action Group and the Special Procedures of the United Nations Human Rights Council, would help to keep Swaziland in the spotlight.

The UK and wider international community tend to start paying serious attention to countries that they perceive to be ‘unstrategic’ only after things have become really bad in those countries. This is both morally wrong and unpragmatic. Swaziland is a small country but all of its approximately 1.4 million people deserve leaders that are elected and accountable just as much as anyone. And if Swaziland descends into a full-blown crisis then the cost to the region and beyond will be huge compared to what can and should be done now.

BREAKING: Kaizer Chiefs – One of SA’s best signs with Amakhosi, now they will be the STRONGEST!