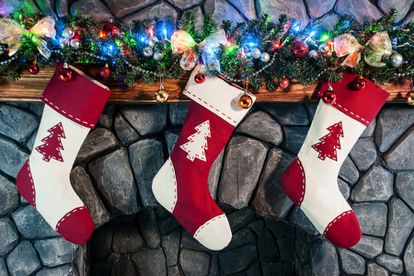 One thing is for certain, the Brits take the festive season very seriously. Some departments I have worked in organised the Christmas rota two months in advance.

I have heard every excuse in the book as to why some staff cannot or will not work. They will use every ploy to get you to work –

Pulling rank – I have a higher rank than you, therefore you will work both Christmas and New Year.

Pity party – I have small children, they will be disappointed if I am not there to open presents with them.

And so it goes on.

Christmas in Cape Town was different; it seemed that we would celebrate on the 25th and that was it, but in the UK it’s a more protracted affair, with endless, drinks and mince pie parties, carol services and traditional pantomimes.

Is it my imagination, or does the UK grind to a halt from about the 24th of December till about the 6th of January the following year?

For me Christmas has become about family. I seemed to have, over the last few years gained some adopted grandchildren. The family is expanding with four under seven years old and another two on the way. One will hopefully be born on Boxing Day, and then the other eight weeks later. Last year, my adopted daughter in law gave me the ultimate birthday present. She went into labour, at six am on Christmas day, and Finley her son was born on the 27th of December, my birthday.

Being the adopted ‘Nan’ has some pros and cons: the presents can get expensive. The four year old gave me a list of what he wanted. Top of the list was a £20 Batman car. I rationalised that as he would feel a bit left out with a new baby in the home, I would get it for him. I guess he broke it, because soon after he got it he told me it had gone to hospital to be fixed.

The school nativity play, which I get to attend, can be very entertaining. The three year old was dancing so much in her play last year that the top of her dress fell down. She came bounding over to the audience and demanded to know if we had ‘seen her boobies’. Her mother assured her that we had, which she found screamingly funny.

Right now we are writing letters to Santa, and making contingency plans for the new arrival. Every year is different, and special in its own unique way.