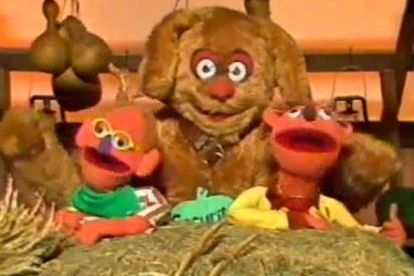 Thousands of people tuned in to South Africa’s first television broadcast on 5 January 1976 to see exactly what they had been missing for more than two decades. A year later more than 1.5 million viewers were tuning in every evening (the service was initially broadcast only 37 hours per week), according to South African historian Carin Bevan.

Haas Das se Nuuskas was the first programme ever screened on South African TV, and soon became its most popular show among both children and adults, to whom its social and political satire appealed.  The news-reading rabbit voiced by SABC legend Riaan Cruywagen also set a precedent for the wide use of puppets in SA children’s shows.

Characters in Wielie Wielie Walie included Sarel Seemonster, Karel Kraai and Bennie Boekwurm. When it was taken off air in 1996, it was one of the longest running TV shows in SA history.

‘They call her Liewie Heksie, but Levinia is her name…’ The well meaning but absent-minded little witch from the Afrikaans radio stories made her telly debut in September 1978 and soon became a big hit with children and their parents with her kind heart and knack for accidentally saving the day.

It was one of the first productions on the (mainly white) TV1 channel to include a non-white actor (Uncle Bill).

According to SA comedian Martin Evans, Pumpkin Patch ‘seemed to defy the then government’s attitude to so many things’ — such as apartheid, homophobia and the ‘braai mentality’ of South Africa.

He claims that ‘two possibly gay, vegan puppets own a talking dog’ and their friends include ‘an elderly coloured gentleman and young white woman, who seem to be having an illicit affair.’

Michael Bardsley, who was an editor on Pumpkin Patch agreed that despite it being a children’s show there were ‘loads of filthy jokes and innuendo’.

However others believe one shouldn’t read too much into an innocent kids TV show and that Speckles and Freckles were meant to be twins, not lovers.

And if you’re wondering what happened to the stars, comments on Evans’ blog reveal that Laurel (Laurel McCulloch) lives in New Zealand and works for Rhema Radio while Woofles (Adrian Galley) is a producer and voice artist in Cape Town.

Speckles (John Rothman) is said to be a choreographer/singer in Las Vegas and Freckles (Anton Schmidt) is a DJ on LM Radio in Mozambique.

Mina Moo was sponsored by the Dairy Board and its message was to encourage children to drink milk. It had English, Afrikaans, Northern Sotho and Zulu versions.

Mina Moo is a loveable cow who owns a dairy. The germs Bac and Teria are her enemies.

Trompie was based on a popular series of books about the adventures of Trompie Toerien and his three friends, known as the ‘Boksombende’. The theme song was sung by Anton Goosen.

Oscar the rabbit lives in Asblikfontein where rubbish comes alive. His wicked nemesis is Knersus the pterodactyl and his friends are Prins Poggenpoel, Snorkie the little dragon and Marietjie the rag doll. Oscar was a co-production between the SABC and IDTV. A 1977 British series, Oscar the Rabbit, was based on the same stories and characters.

Interster was a weekly Afrikaans show about an undercover planetary defence agency operating from Cape Town under the guise of an interstellar shipping company.

SABC children’s programming was quite innovative during the late 1970s and early 1980s. The team that cut their teeth with Liewe Heksie, in which the same sophisticated puppetry made its first appearance, took on the challenge of Interster. The electronic puppets were similar but in fact more advanced than the supermarionation puppets of Thunderbirds.

Borrie Veldt is an ordinary 12-year-old boy by day and secret crime fighter by night. Disguised as Die Swart Kat (Black Cat), using his BMX and kettie he solves the crimes that baffle his detective father. 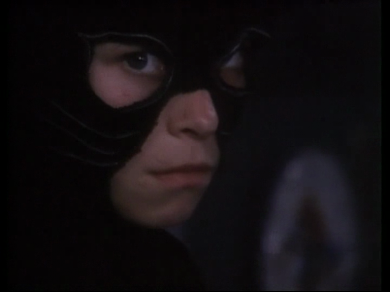 Zet, a strange alien/ Bigfoot character was played by a human in a furry suit. He had a sister called Zettie and there was also a talented cartoonist who drew pictures with chalk and a black marker to illustrate Bible stories told in a voiceover.

South African blogger The Lank Tank comments, â€œI hated this programme. Zet didn’t even speak a language. He mumbled and said things like, ‘bakjfbghekbgfkbv bskgbsk. This was Zet’s form of communication and only the presenter could understand what he was saying. What did Zet even teach us? Was there any wisdom to his words?”

Many of these shows are available on DVD through websites such as Kalahari or the SABC: (011) 714-3827 or content@sabc.co.za.

The top ten Afrikaans TV villains from the ’70s and ’80s

What are your favourite kids’ TV shows from when you were younger? Tell us by commenting below.

‘The People on Platform 5’: Much-needed take on diversity and friendship