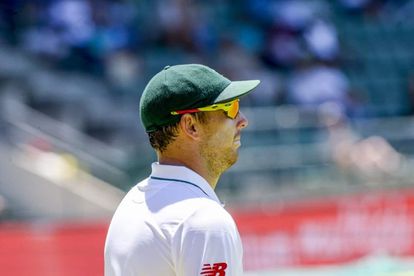 I say “initially”, in the sort of way when it’s so quiet when you walk through the door at home that you could hear an ant fart and your partner appears out of nowhere and you get such a skrik that you jump three feet sideways and almost kick the dog in the jaw. Or something.

Once I took a moment to digest the news, I – perhaps oddly so – shrugged my shoulders and went, “Am I actually surprised? I’d have done the same thing!”

As fans of international sport, we live vicariously through our heroes; they provide us massive hope in our otherwise mundane live-for-the-weekend lives. They entertain us, and through victory, bravery and outrageous skill, they put a smile on our faces after a long day at work or a trying week. Often, we are sometimes so emotionally stirred up, that we seemingly cross the invisible divide into the physical world, transporting our minds into the field of play as if it were us facing the next ball or making the match-winning tackle.

And so when one of these heroes effectively turns their back on the opportunity – and let’s call it out, the responsibility – to play for their country in favour of what in comparison can only be described as a highly-paid park cricket gig on Mud Island, it hurts those of us who invest such a high emotional connection in them, their team’s fortunes and the nation’s happiness barometer. We take it personally. It feels like a dagger has been thrust into our very core.

But we live in an era where competition for your country or province or even school has now tipped the scales towards the side of personal competition and maximising one’s athletic ability. Gone are the days of representative honours fitting in and around your ‘normal’ career. Much akin to the millennial employment debate, athletes want fulfilment and are less concerned with where they get said fulfilment.

Kyle Abbott – and presumably Rilee Rossouw – openly declared that money was not the main factor, but it was still a factor nonetheless; not so much the amount (which if he is to be believed is “not much more” than a Proteas’ contract), but the consistency of that amount, something which neither of them could bet their bollocks on getting given the current rival resource options at the Proteas’ disposal. Politics or no politics; Abbott was not going to be picked ahead of Steyn or Morkel, while Rossouw was seen as a limited overs specialist alone.

It then means we compassionately need to look at reasons beyond the paycheck; the two are being guaranteed the chance to play week-in-week-out now for the better part of 9 months per year. And that is all they want to do: play.