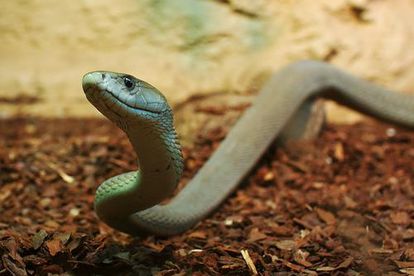 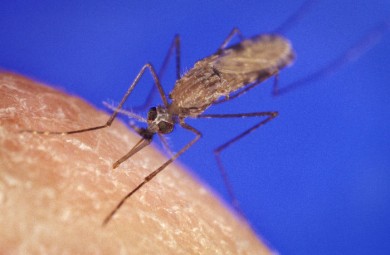 Malaria is only spread by the female Anopheles mosquito. They are most active around dawn and dusk.

It is believed that between 600,000 and one million people die from malaria in each year. 90% of these deaths are in sub-Saharan Africa. Most of these are children under the age of five. Due to its wide distribution, potent venom, and highly cryptic coloration which makes it prone to being stepped on inadvertently, the puff adder is thought to kill more people than any other African snake, accounting for nearly 32,000 deaths per year and many more disabilities, according to Wikipedia. 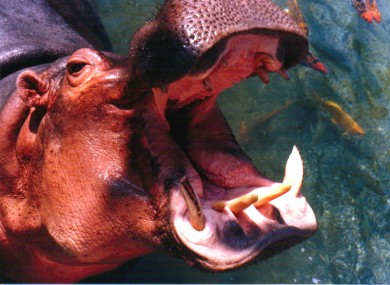 Hippos are said to kill 2,900 people annually in Africa. Male hippos actively defend their territories along the banks of rivers and lakes. Females have also been known to get extremely aggressive if they sense anyone coming in between their babies, who stay in the water while she feeds on the shore.

Hippos can run at over 20 miles an hour and they have enormous jaws with up to 20 inch canines. 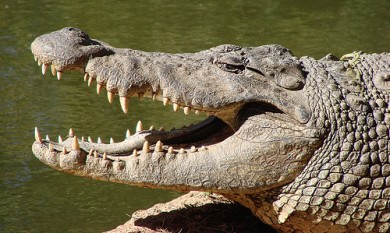 Statistics show that crocodiles kill roughly 3,000 people a year with hundreds of fatal attacks attributed to the Nile crocodile in Sub-Saharan Africa.

Crocodiles have very strong and powerful jaws that they use to bite their prey with extreme force. Its said that the force of a crocodile bite is in excess of 5,000 pounds per square inch which is considered the strongest bite of any animal. Compare that to an 800 per square inch bite by a hyena. African elephants, especially older bulls and young males, can be aggressive even when they’re not provoked. Most deaths occur by the elephant trampling their victims to death.

In places where poaching is rife and/or the elephants’ habitats are threatened, elephants are more aggressive. Known in Africa as one of the big five, ‘The Black Death’ or ‘widowmaker’, the African buffalo is widely regarded as a very dangerous animal as it gores and kills over 200 people every year.

Buffaloes are sometimes reported to kill more people in Africa than any other animal, although the same claim is also made of hippos and crocodiles. Buffaloes are notorious among big game hunters as very dangerous animals, with wounded animals reported to ambush and attack pursuers. The Black Mamba is the largest venomous snake in Africa with adults reaching an average of 2.5m in length. Black Mambas are not black at all, but brown or olive skinned.  They are aggressive when cornered and will not hesitate to strike. They can reach speeds of up to 12 mph (20 km/ph).

From 1957 to 1963 over 900 venomous snakebites were recorded, but only seven of these were confirmed black mamba bites. From the 900 bites, only 21 ended in fatalities, including all seven black mamba bites — a 100% mortality rate.

Although black mamba antivenom is now widely available and bite victims can rapidly access adequate treatment in most of Africa’s medium to large cities and nearby areas, some severely impoverished African nations do not always have antivenom in stock, as it is very expensive, even by Western standards.

One example is Swaziland, where the black mamba mortality rate is still close to 100% because of the lack of antivenom and proper care methods. Mozambican refugees regularly crossing Kruger National Park at night in South Africa are attacked and eaten by lions; park officials have conceded that man-eating is a problem there. Lions are said to kill 10 at least people a year in the Kruger. 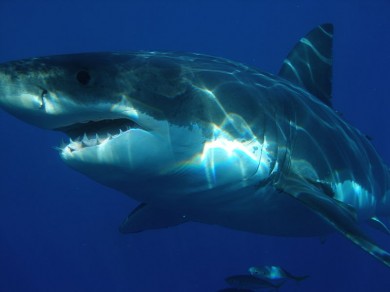 Every year around 100 shark attacks are reported worldwide. Seventeen fatalities were recorded as having being caused by shark attacks in 2011, out of 118 recorded attacks.

According to the KwaZulu-Natal Sharks Board, South African shark attack records over the last four decades confirm that attacks are rare, with an average of only six incidents per year. From 1990 until 2011 there have been a total of 139 unprovoked great white shark attacks. Since 1990 only 26% of attacks have resulted in serious injury and only 15% were fatal. This equates to an average of one serious shark-inflicted injury every year along some 2000 km of coastline from the Mozambique border to Table Bay (Cape Town). 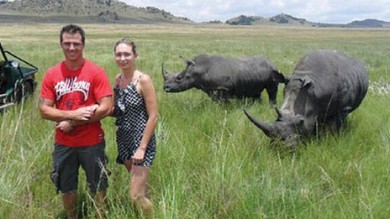 While the African rhino is fighting to survive and their numbers are dropping at alarming rates due to poaching, it’s still important to keep your guard if you get the chance to see one in the wild. A recent report about a young woman being gored by a rhino in South Africa illustrates how unpredictable and deadly the animal can be.

NOTE:  This list excludes humans, who are probably responsible for more deaths than any other African animal, except perhaps the mosquito.

Do you think of our list of deadly animals is correct? Let us know below.