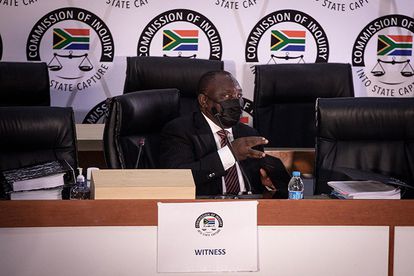 “State capture took place under our watch” was the completely self-evident and half-hearted admittance by ANC and South African President Cyril Ramaphosa at the Zondo Commission on Thursday 29 April.

At least we have cleared that up.

By now the Zondo Commission is almost three years old. After being launched by President Jacob Zuma, in December 2020 the commission had interviewed 278 witnesses, collected 159 109 pages, and has collected over 1 exabyte of data. I cannot tell you what an exabyte is, but it sounds like something so large as to be almost entirely meaningless.

TWO DAYS AFTER RAMAPHOSA’S TESTIMONY WE ARE NONE THE WISER

And that is where we find ourselves. Two days into the supposed cross-examination of the president of the ANC and the Republic who just happened to be vice-president of the country throughout the entire term of President Zuma, under which state capture occurred, we are literally left none the wiser.

Tuning into the proceedings, it felt at times like we had been invited to attend an informal gathering of old friends reflecting on the good old days, perhaps at the golf club after a round of 18, over some fine single malts.

At one point Zondo and Ramaphosa chuckled amongst themselves as they contemplated a tea break, and whatever vacuous questions and equally nebulous responses we might have to look forward to afterwards.

This is simply not good enough. There have been enough times when this Zondo Commision has been held up to be the ‘litmus test’ of our democracy, the moment the ‘birds will come home to roost’, the ‘moment of reckoning’ for those that were involved in state capture.

A SORDID AND TRAGIC CHAPTER

The truth however has now become completely and utterly apparent. It is a toothless talking shop, an extended and painfully dull and drawn-out rehash of a deeply sordid and tragic chapter in the history of our country.

South Africans might think that there is nothing inherently wrong with this, but that is wrong. Because the very fact that this is being held up to be the salvation of truth and transparency means that the actual truth, and actual accountability will now be completely and utterly impossible to achieve.

Because this is simply a straw man erected as a pretense to get to the root of corruption, in a cunning and guileful way that allows corruption to actually continue unabated in the background.

And perhaps it is time to remind ourselves what exactly that is.

Over one-fifth of the entire economy was stolen

State capture is broadly defined as the period beginning from around 2011 to the end of 2017 when an estimated R1.2-trillion in public finances and public opportunities was extracted from South Africa by two key patronage networks.

To put that in perspective, the entire GDP of the South African economy is R5.2-trillion. So over one fifth of the entire economy was, simply put, stolen.

Every South African who is looking for a job which no longer exists, who is fighting the economic and social effects of service delivery failures, who is battling to feed their family with no electricity and undrinkable tap water, should remember that.

We would all be at least one fifth better off if this looting had not happened. Looting over which the deputy President must have been acutely aware and should be held in some way responsible.

But that will not happen at this Commision. They are too busy chuckling away, reminiscing on times past and looking forward to the tea breaks.