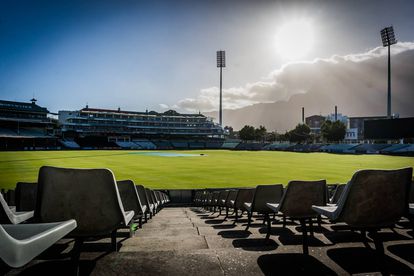 Yet again, true to their continued behaviour or modus operandi, WPCA not only deceives certain clubs who seek equality, justice and fairness, but they have also now deceived the broader public as well.

This is a form of gaslighting on their part, wanting to deflect and manipulate the broader public, by trying to paint a picture that they have been funding our club sufficiently and thereby not responding or answering the real questions posed to them previously via our attorney, and now to the questions posed to them by the media.

In their response, they claim that it is difficult to respond if they don’t know what the issues are? This is absurd on WPCA’s side when they were made aware of what the issues were by our attorney in October 2020 and prior to that by the club.

CONCERNS ARE NOT TAKEN SERIOUSLY BY WPCA

Rabia Achmat, the club’s attorney responds shockingly, “Wow just wow. How can they say they do not know what the issues are? Points 1 to 8 of my letter to them on behalf of the club is clear, not to mention all the correspondence to them from the club itself.”

Our concerns are not taken seriously and the leadership of the association is failing miserably in their fiduciary duties for which they must be held accountable if they do not clarify what the true state of the association currently is, and this is evident in the way they have acted not only recently, but for a while now.

Furthermore, WPCA wrote to clubs pretending they did not have sufficient time to respond to the questions posed before the article was published, when in fact, they had up to 10 days to formulate a proper response. As also previously stated, it had been made known to them as far back as October 2020 via the club’s attorneys what the issues and concerns were.

This response from WPCA is weak and deceiving and WPCA is pushing a narrative that all is well at WPCA, when in fact, since unity, the status quo has remained for many privileged clubs, with a few added due to how they positioned themselves. Ask yourself, if we have seen real transformation within the game? Ask yourself if we have better facilities on the Cape Flats and in the townships? Ask yourself who the real disruptors are and have held the game ransom for their own agendas, egos, and greed?

Let us take each question the journalist posed:

Comments on Financials. Before going into the detail of follow-up questions we have to look at WPCA’s response, WPCA must advise the public:

a) Why the financials for the third year in a row has been delayed? Covid 19 was not around under those other financial periods.

b) Why do they only provide summary versions of the financials to the clubs and if you want the full version, clubs have to collect hard copies at the offices?

c) WPCA used COVID-19 as an excuse, yet this did not only affect WPCA. It is well known that other public and private organisations are presenting AFS by working remotely as all records are available electronically. What basis is WPCA using to peddle this excuse? Yes, individuals could possibly have fallen ill, however, this cannot be for an entire period. These excuses do not go down well with us and they should be questioned by others including the WPCA directors?

d) No auditing company worth their salt will allow their name to be dragged into a situation that they are part of the reason why there are delays. What are the real reasons for all the changes in auditing firms? The minister of sport must dig deeper into the detail of these matters.

e) This is another tactic WPCA have used over the years. Delay until the 11th hour and rush through these matters to eliminate proper scrutiny. This happens to all critical matters clubs have a right to debate and question. (The building project, the MOI, the manner in which the season was curtailed, etc).

2. The club has claimed they have tried to get clarity on several issues (detailed on emails and letters addressed to WPCA) without success, saying the issues are being dodged. What is your response to this?

3. There have been objections to the fact that members of the CSA board who have resigned but remain on the Member’s council. Is this allowed by the organisation’s constitution?

No comment, other than to state the Interim Board is dealing with these matters.

4. Has the WPCA explored alternative ways to play club cricket in light of the pandemic? What alternatives have been looked at to ensure the game is still a part of players’ lives at a provincial level?

On WPCA’s response, they hoodwinked clubs and forced the clubs into making these types of decisions. Clubs remain silent as with many of the issues that we have raised, yet they complain afterwards and even make contact with us in this regard privately. The manner in which WPCA operates is not a principle of inclusion. This is the least of our worries.

5. Another claim is that HPCC has been treated unfairly compared to other bigger, more privileged clubs. Facilities have not been upgraded in years, and not much has changed for them. What is your response to this?

R10 800.00 Monthly support was stopped in April 2020. This monthly support covered at one stage up to 7 coaches that included two females. If it was not for our current head coach of males/club and the current female coach who give of their time in kind, we would never be able to sustain on the coaching front. Our two junior coaches are currently unemployed due to their stipends being cut. Coupled with this we need to transport and we feed our juniors on match days since the time this small stipend was paid to us. Again, if we did not receive the additional support from our transport sponsor, we would not be able to meet our objectives to serve our members/youth.

Four schools in Hanover Park benefitted from our efforts and without wanting to boast about it, we need to provide further relevance to what the programme meant to the club and the learners of the school. Weekly, we coached 900 learners, and over and above this, the club helped the schools secure bread, soup, and peanut butter.

The programme also allowed the club through our members to help secure funding for a 60m2 Library, a 60m2 Early Child Development (ECD) Classroom as well as a 18m2 kitchen that was part of an upgrade to an existing kitchen.

At the end of our programme, we were able to arrange an overseas under-14 tour (UK 2019) through our own efforts and those of our outside partners, all of them from Hanover Park (besides one boy from Philippi) as well as host a group of Birmingham parents and their under 14 boys in February 2020 in Cape Town.

Let us be clear here, before the 2018/2019 season, the club received a grant of R1 700 of which half was taken off for a historical loan which left us with R750. That loan was before most of our time.

GRANTS PAID OUT TO CLUBS

Talking of grants, let WPCA not fool you further – They pay us based on a scorecard that advantages the elite and privileged clubs.

This amount based on the scorecard is R5 681 which by the way is paid in arrears. For clarity, it is paid for the previous season’s activities. We have asked WPCA for two years on, that this payment must be in line with the current season and not as a back pay. This grant must be considered in the context, for the most part, we cannot levy our members with huge subscription fees as they simply cannot afford to pay these fees. Some are unemployed and some earn below the line wages and salaries. (Another matter outside of these matters that Government must look in and rectify).

With regards to the support provided by WPCA, again, we reiterate, they are misleading other clubs and the public. To our total cost of R584 300, WPCA, with a heavy heart, only contributed R20k. This is 3% of our total cost. The R50k was from the sponsor Punit Balan, which the outgoing CEO, to his credit went beyond the call of duty.

WPCA make mention about the EPWP, yet, currently, as we speak, there are individuals working at the Downberg facilities from this programme, using other sport codes members and of the community. Yet, none of our members?

The food parcels WPCA makes reference to, is a once off food parcel distribution, after our club raised concerns that WPCA has done absolutely nothing for the clubs, especially those disadvantaged clubs in the province. Compare this with other Provinces.

Over and above this, since March 2020 up until now, our club has been involved in the distribution of food parcels and soup, not only to our members, but the broader part of the Hanover Park community. This is in partnership with other caring partners. Where does a once-off fit into the bigger scheme of matters? The matter with the City of Cape Town and WPCA involvement is a whole matter on its own that we need to address and forms part of the issues we are faced with. All these matters are linked to our current status.

In conclusion, it is interesting how WPCA avoids answering/responding to the matter of the appointments of Independent Directors and Non-Independent Directors, specifically, the appointments of the President and Vice President. In our view, the appointments are irregular and up until now, WPCA has not provided the proper evidence that the process is aligned to the MOI/Constitution. The clause stated in a Members Council meeting is misleading the other clubs who have accepted this as factual when it’s not. This is one of the 8 points we raised. How they can indicate ignorance of our concerns or not being aware of them is baffling, to say the least.

We have more to reveal, however we will wait for the right moments to reveal our other concerns over and above the 8 points WPCA have in writing. We have had to raise these concerns because we were told in a Members Council we must not speak on behalf of other clubs, hence we are a lone voice at most times or a few voices.

Almost 30 years and nothing has changed for clubs such as ours on the Cape Flats. We will not be silent while others are allowed to prosper as if it solely their right to do so. We cannot have unity if the status quo remains the same. We need to bring about change and equality in all aspects of society, we will continue to fight for our rights within the sport we operate in. Enough is Enough.

Ashraf Allie writes in his capacity as chairperson of the Fish Rite Hanover Park Cricket Club.