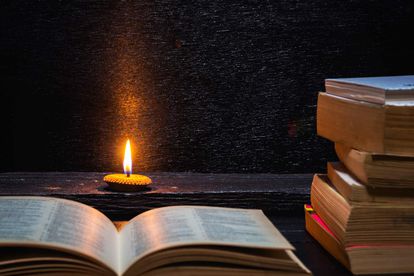 Since 2007, intermittent power cuts have contributed to a crippling economy and loss of patience among South Africans who are fed up with Eskom and its baggage. Now, amid a pandemic and countrywide lockdown, load shedding has returned.

Despite promises that the month of July would only see three days of load shedding, the country entered its fourth day of power cuts on Monday. This is expected to continue throughout the week due to offline generational units and a higher demand in winter weather. Although Eskom assured the public that load shedding was a last resort, the expected end of this bout of power cuts is unknown.

The energy crisis is a problem on its own. When coupled with a pandemic, it is a disaster. Employees working from home, students writing exams, businesses already struggling to stay afloat and a citizenry that faces high levels of frustration in lockdown cannot afford to face the increased struggles brought on by a country without power.

Remote work has been classified the “new normal” in 2020. The government has urged anyone who can work from home to do so, limiting the number of people in public spaces. Critical to this new model of work, is electricity.

Communication, a vital element of remote work, becomes almost impossible during load shedding. Batches of employees are not available, or not able to work at all, for hours at a time. Organising meetings becomes a logistical nightmare (although this could be considered a positive to some), and workflow is completely obstructed.

When faced with the constraints of remote work and lack of power simultaneously, the only solution for businesses with offices and generators is to have employees return to work. The government may urge everyone to #StayHome, but amidst continued power cuts, that request is impractical.

Students’ studies are at stake during the pandemic

While schools and universities used a phased approach to reopening, millions of students are left to learn at home. Students and teachers have repeated their struggles to adjust to online learning, now further interrupted by a lack of power.

University students are hit particularly hard. Several universities are in the middle of their exam season, using timed online sessions to replace written papers or online portals for the submission of assignments. Completing an exam becomes impossible without power — getting online is a struggle, students cannot use their phones for data due to a lack of signal, and some are forced to leave their homes to find somewhere with electricity and an internet connection.

If provisions are made for students to rewrite, the burden is placed on Universities to organise this. An already-stressful situation is made much worse by the uncertainty of the power supply.

The economic issues the country now faces are well-documented. The economy shrank 2% in the first quarter of 2020, further entrenching South Africa’s recession. Businesses have been forced to close permanently or have only recently reopened under Level 3 regulations. Power cuts will put these businesses, and the economy, under further strain.

According to economists at the Efficient Group, load shedding reduced the country’s GDP growth by 0.3%, or R8.5 billion, in 2019. Small businesses, who have been most impacted by the pandemic, said load shedding was the number one challenge they faced in quarter 1 of last year. 85% stated it cause their business to lose revenue; a situation many can ill-afford during this troubling time.

Load shedding does not exclusively affect workers, students, and business owners; it affects all South Africans. In the winter season, after months of lockdown and during a drastic increase in infections, morale is understandably low.

Hope, in both the government and our situation, is not helped by the stresses brought on by load shedding. A lack of acknowledgment of these dire issues makes the problem worse.

The president may use his Sunday night speeches to reassure the country that “we shall overcome”, but that message is lost when there is no electricity to hear it.

Success has no age limit. READ MORE ‘Need to Knows’ about Adult Matric