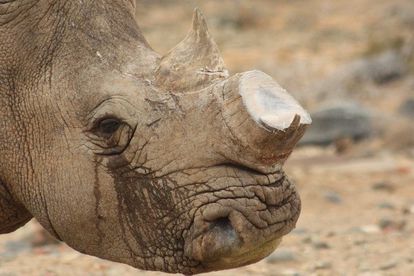 It is now 20 months since we set out on our journey from the UK to South Africa to try and understand and solve the heinous crimes of poaching defenseless South African rhinos.

According to official figures, we lost 1215 in 2014. Unfortunately this figure does not take into consideration the number of  ‘orphan calves’ who could not survive without their mothers.

In 2015 the number is only 49. But before you start celebrating, that figure was the last recorded ‘official’ figure on 22 January, as the Government has decided for some reason not to publish the monthly figures.

To date we have raised in excess of R500,000 to try and help the needless slaughter of the South African rhino by illegal poachers. This money has mainly been split between our two main projects – see www.poachedrhino.org for full details.

Both of our projects have gone down the road of dehorning their rhinos, made possible by the fact they do not have buffalos or elephants on their reserves – the only real threat to rhinos other than mankind.

After recent poaching incidents at privately-owned game reserve, MC, where a sub-adult male and full term mother were discovered dead and horns removed in the early hours of Tuesday morning on 3 March, MC were left with little choice but to dehorn the remaining rhinos in the area.

Dr Brandon Tindall from Plettenberg Bay came to assist with the dehorning. Drastic measures had to be taken to try and preserve this iconic and defenseless creature.

We thought MC would be the last place that the poachers would be able to attack our rhinos, due to the remoteness and difficult access, but unfortunately that has not been the case as we have lost four of our seven rhinos in the last year.

We now know the criminals are highly organised, well funded and very strategic in their planning of each attack on our rhinos.

The dehorning was a success and the horns have been removed from the property and are now stored under the guidance of the Department of Environmental Affairs. 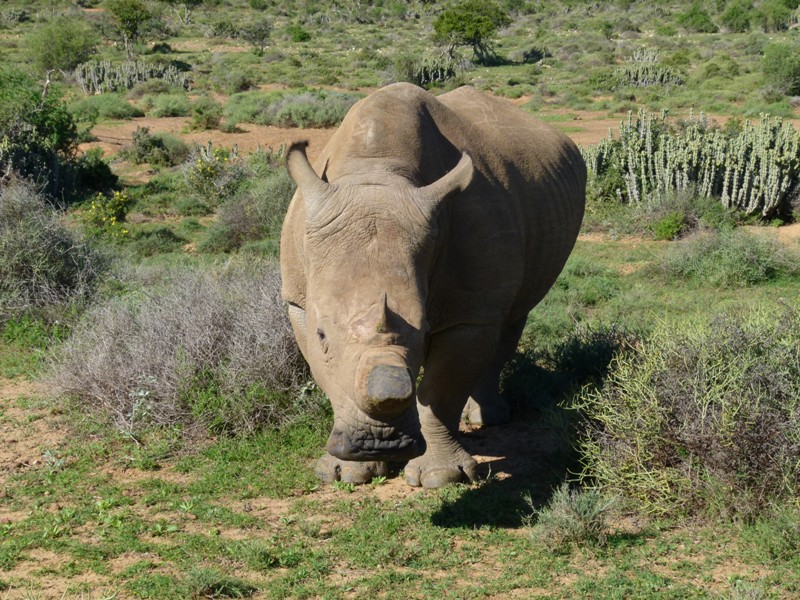 But is dehorning the answer?

In the last few weeks we have heard that a dehorned rhino was attacked in the Eastern Cape. This game reserve lost all but one of their rhinos so they decided to dehorn too. Unfortunately, these ruthless criminals decided to attack the rhino and dig out the tiny stump. The rhino was found slaughtered. The owner has had rhinos for over 15 years. The tearful owner said that he can no longer keep rhinos on account of the cost and the heartbreaking sight of seeing this beautiful creature slaughtered thanks to the greed of mindless criminals.

This is fair warning to anyone who is contemplating buying traditional Asian medicine made from endangered rhino horn. A new initiative by a number of Game Reserves  and organisations have decided to inject a toxic compound into the horn. This will make any consumer seriously ill. The horn will also be coloured and able to be traced through technology.

Other initiatives are also being put into place.

Are we going to see pictures and photographs taken by our children and grandchildren of rhinos without horns ? Is this the only way we will see a rhino again or will we lose this beautiful, iconic and defenseless creature forever?

Please help before it really is too late

Spread the word, donate a small monthly amount or raise a lump sum by running the London marathon, or set up your own initiative. 100% of your donations (which are tax deductible in the UK) via www.poachedrhino.org will go directly to help us win each battle and save one South African rhino at a time.