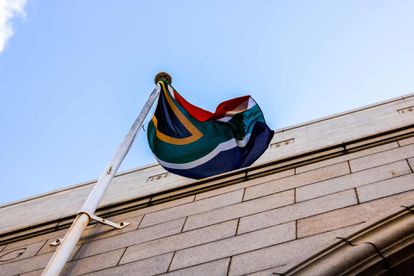 The passionate response by President Ramaphosa to a Parliamentary Q&A question from Freedom Front Plus leader Pieter Groenewald revived a controversial debate in South Africa. Broad-Based Black Economic Empowerment (BEE), the government’s affirmative action policy, has been labeled racist, illegal, and against the Constitution. The policy’s ineffectiveness does not help its cause.

However, these accusations ignore fundamental realities about the Constitution, the definition of racism, and why affirmative action is still needed 26 years into democracy. The current policy has its faults and will need some work to be effective, but that should not be a reason to dismiss it entirely.

Isn’t BEE against the law?

The Broad-Based Black Economic Empowerment Act of 2003 explains the purpose of affirmative action in the preamble — to address the economic exclusion of the majority of the country under apartheid. It is a policy aimed at economic equality.

The foundation of this policy lies in the Constitution, rather than against it as some opponents claim.

Section 9(2) of the Bill of Rights states, “Equality includes the full and equal enjoyment of all rights and freedoms. To promote the achievement of equality, legislative and other measures designed to protect or advance persons, or categories of persons, disadvantaged by unfair discrimination may be taken.”

The fact that BEE is allowed by the Constitution does not stop the slew of allegations that it is a racist policy. Those arguing this point often point to a definition of racism that indicates a hole in their argument: “Discrimination on the basis of race”. This definition has been conveniently shortened from the official definition, producing allegations of racism against BEE, quotas, and the government in general.

The dictionary definition of racism is “Prejudice, discrimination, or antagonism directed against someone of a different race based on the belief that one’s own race is superior.”

BEE is not about racial superiority, or “reversing apartheid”. It is about addressing years of inequality and attempting to merely level the playing field, using a form of justified discrimination.

Apartheid ended 26 years ago, why should we still focus on race?

Some opponents to BEE agree that affirmative action was a necessity post-apartheid but believe it has now gone too far. They argue that after 26 years, the government should have rectified inequality and the continuation of BEE is unfair discrimination against a minority. Unfortunately, 26 years is nowhere near enough time to rectify the damage done by centuries of racial inequality in South Africa.

South Africa is the most unequal country in the world, largely due to a history of economic exclusion. This is reflected in the unemployment statistics.

According to StatsSA, the unemployment rate among black people was 40% in 2014 compared to only 8% among white people, despite being a minority of the population.

A similar trend is seen is the poverty statistics. In 2015, 64.2% of the black population lived in poverty compared to 1% of the white population. These statistics are often met with the ‘bootstraps’ argument or used to explain that BEE hasn’t worked, but this obscures the full picture.

The World Bank study of poverty and inequality in South Africa showed race is still a strong predictor in these areas, although this has been improving. Only one generation has passed since the end of apartheid and according to the OECD, it would take nine generations for a low-income family to reach the mean income in the country. Due to South Africa’s history, most of those classified as low-income families are black and face a nine-generation uphill climb to reach only average.

It is not about hard work, or the failures of the economy, or the amount of time that has passed. 26 years of democracy cannot undo nearly 400 years of entrenched racial inequality, as the statistics show.

Although necessary, BEE is not without faults

The principles behind BEE may be noble and necessary, but it is no secret that the policy is not working as intended. It has not been effectively monitored to ensure compliance, the government itself has not enforced the policy in state contracts, there has been a lack of commitment from employers and many instances of a few people benefitting while the large majority remain without work.

The government has recognised these issues, approving the Employment Equity Amendment (EEA) Bill of 2020 for submission to Parliament early this year. The Bill aims to address the slow pace of transformation by reducing the burden on small employers, implementing sector-specific employment targets, and making compliance certificates a prerequisite for state contracts.

The policy will need adjustments and constant re-evaluation to be successful in its aims, like most policies do. What will not help its success, is constant opposition in an attempt to hold onto privileges provided by an unjust system. As the President said, BEE is here to stay. Let’s make it work.

Rapid growth in interest in hybrids and EVs shown by Cars.co.za