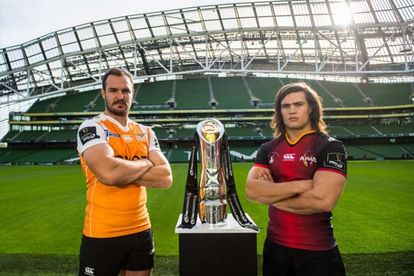 I had managed to sneak into the Currie Cup final between Western Province and Free State at Newlands, sitting in the scholar’s section, despite being over the allowed age. I guess being on the shorter side of my peers had its benefits, particularly since they were the ones who had to purchase the beers with their fake IDs…

Province hadn’t won a Currie Cup since 1989, one which they had actually shared with Naas’s Northern Transvaal; a first home final since that year would surely put an end to the years of misery for the proud union. Free State’s drought was even more undesirable: 1976 their first and only triumph.

The game featured some relatively new-ish names on both sides, names who went on to become household staples over the ensuing years: Montgomery, Rossouw, Krige, Skinstad, Swanepoel, Venter, Erasmus.

The weight of expectation on both sides was huge and the venue sold out in record time. I might be mistaken, but this match had far more gravity than the Springbok tests, which, mind you, hadn’t gone too well that year.

When that final whistle blew, with Province marginally on the correct side of the scoreboard, 14-12, the place erupted. I’d never seen anything like it; not even during the Rugby World Cup had it been that electric.

Fast forward 20 years and the situation could not be more different.

Free State are the defending champions of the world’s oldest senior domestic rugby competition, having had a perfect season last year (10 games, 10 wins). This season, after their Super Rugby binning, they seem to be caught at an identity crisis crossroads: their best team stuck two fingers up at the Currie Cup for 2 months by swanning in and out of the northern hemisphere to play in the expanded PRO14 competition, while they thrust a bunch of club and U20 players into the mix at home. 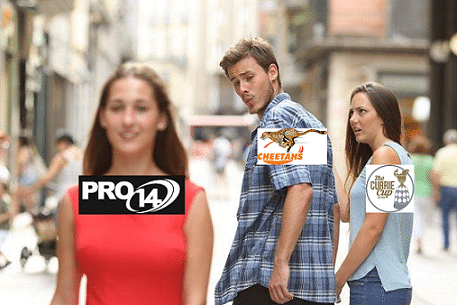 Then there is the perennial crossover between the Super Rugby playoffs and the start of the tournament. This affected the Lions this year, who finished as runners-up in the incredibly tough, inter-continental competition, and yet are cemented to the bottom of the Currie Cup log.

And if you factor in that the Boks (most of whom are Lions) hardly play any Currie Cup anymore due to scheduling commitments – which I completely understand – this most precious heirloom of South African rugby is being dragged behind in the dirt, kicking and screaming and limping from week to week.

The Currie Cup used to be near to the pinnacle of rugby in South Africa; however, dollars are doing the talking these days and it’s now being treated like that vulnerable mistress that some married dickhead calls up when he wants to have his merry way with her.

The Currie Cup has fast become an irrelevant inconvenience in the South African rugby calendar, and if the administrators don’t act fast, it too will be off to the gloomy lights of the northern hemisphere.