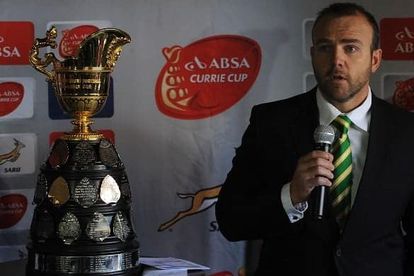 It was a re-hash of the Boris Johnson-themed meme that appeared last June following Brexit.

Then on Sunday morning, 9th April, my brain did cartwheels as I envisaged a similar image of SANZAAR’s South African CEO, Andy Marinos, except with the words “entire country” replaced by “SA Rugby and the ARU”. The only difference being that this time I was on the side of the depicted (Marinos).

The chickens had come home to roost in an ugly way for SA Rugby (what the ARU does is their own indaba; I really couldn’t care less, as their Super Rugby teams have been playing nothing resembling rugby for the last few years).

But it turns out that SANZAAR has a long memory; they were held to ransom by SA Rugby (who continue to play the role of a puppet to the ANC and SASCOC, presumably for financial kickbacks), who demanded the addition of The Kings to the tournament. Besides, SA Rugby held all of the chips through the biggest TV audience and crowds. Like Zuma, they thought they were infallible.

But given the widely-predicted failure of The Kings, political uncertainty, SA player exodus and the resultant impact on future revenue, the SANZAAR boss, from the safety of his Sydney office, decided to stick both middle fingers into his former bosses* at SA Rugby and kicked not just one, but TWO, SA teams from Super Rugby.

By forcing the Kings in, SA Rugby has ultimately cut off their noses to spite their face, all through greed and political submission, and their illegitimate lovechild team simply has to go.

And don’t discount some meddling from the Australians, courtesy of World Rugby boss Brett Gosper and the ARU’s Cameron Clyne and Bill Pulver, who no doubt had some influence over Marinos. But regardless of how the decision was reached, finally someone has had the balls to stand up to SA Rugby and say, “I’m the CEO, bitch.”

Further to my previous article, I did note with interest upon scanning the wonderfully riveting World Rugby handbook, that SA Rugby CEO Jurie Roux is the Chairman of their Budget Advisory Committee.