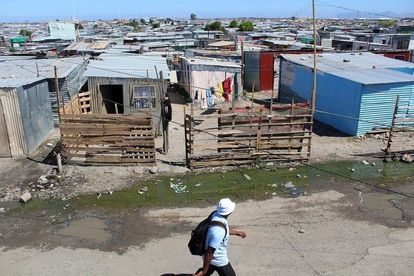 Currently, about the half of the population of South Africa – an estimated 22 million, is living in poverty. That figure is still somehow in the ‘progressive’ ballpark for developing nations.

Despite the end of the apartheid in 1994, South Africa is still fighting the menace of entrenched poverty and pervasive inequalities. Far too many households live with no basic life amenities, never mind the sense of social security.

But why is this so?

Presently, many reforms have been introduced by the pro-black incumbent regime of ANC, like increased expenditure on redistribution of income in the market, child support grant, improved access to services from basic welfare schemes, like water, sanitation, and electricity.

But, still, most of these schemes are still in the papers; hence, the ground effects are still abysmal. If these schemes are implemented with a well-planned strategy, then they can modernize and generate income in the groups, which have been unprivileged for a long-time and plays a transformational role in market-generated inequalities as well.

From a general perspective, globalization has always been proved a boon for any developing economy, but that is not the case with South Africa.

Globalization has been leading to inequality in the economy. Instead of providing opportunities and income to a large pool of the population, it has become an exploitation weapon for the wealthy people against the poor ones.

However, to curb this menace, government has launched EPWP (Expanded Public Works Program), which is aimed to reduce poverty and income relief, but, until now, it has been acting only as a dole-out scheme for downsizing social security because still, government has failed to recognize the root cause which is lacking education and required skills among much of the country’s population.

Market vs. the government

The South African government is still on the horns of the dilemma on which policy to favour, in other words, whether to follow capitalism or democratic principles for the inclusion of all the people in the mainstream economy from all walks of life.

The free market is not the solution, as the government itself has not a proper structure which regulates a free market, comprised of big MNC’s; which are notorious for hijacking the market.

So the government has to juggle a balancing act, like to adopt capitalization policies but with the stringent measures, so that it couldn’t harm the democratic structure of the nation. This is the only way to banish poverty and ensure the inclusion of the citizens in the mainstream development of the nation.

Still, we are relying on conventional sources of energy which is a bad news for the nuclear energy program of South Africa and a strong deterrent for becoming us as a nuclear power.

Undoubtedly, South Africa is the part of the league of democratic nations, but still, the rule of law and policies of justice which can guarantee political and civil rights is not implemented in the social system.

South Africa is still suffering from myriad social menaces, which are primarily responsible for the underdevelopment and exploitation of the majority of the population. So the incumbent regime must work on the factors mentioned below to guarantee a stable ecosystem:

The liberalization and opening of the South African market have not paved the way for the expected growth with the job creation. On the contrary, it has led a steep decline in the employment with give a rise to favouritism for workers or employees belong to a particular class.

However, some schemes of the social grant had been started by the government, but they also failed to do anything on the part of employment and strict the poor to only receive these small grants, not their due to participate in the mainstream economy.

This is disgraceful for a nation to be underdeveloped and facing extreme poverty despite being blessed with a wealth of natural resources and intelligent minds.

Most likely, the corrupt ministers are destroying the nation for their personal gains and hand-in-glove with the external forces to destroy our nation economically and democratically. This certainly needs to stop right away and as a responsible citizen of South Africa, we need to expose these corrupt faces in public to ensure the prosperity of our nation.

The views shared in this article is that of the author and does not necessarily reflect that of TheSouthAfrican.com