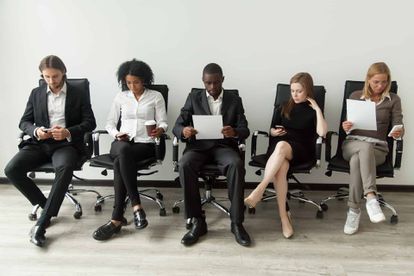 One of the dreams was the regulation of employment in favour of South Africans. This dream is unsupported by history.

The minister of finance, while addressing the media on government’s economic response to the effects of the lockdown, made reference to the intent to usher in a new economy post the lockdown. One of the areas he made mention of was the current high visibility of foreign nationals in employment, while South Africans were on the outside.

He then proceeded to dream about making the opening of businesses post lockdown, be subject to each business showing that their employment policies will favour South Africans. It might be a calculated political move to ensure compliance with the lockdown regulations, by ordinary South Africans, to promise a better tomorrow. Yet it is a fallacy that history has shown to be beyond the government to deliver on.

What History has Shown

Section 9(2) of the Constitution permits government to pass laws that will level the playing field between the historically advantaged and those in disadvantage on account of our racial history. In labour, this government, with exceptional failure, has attempted to do through the Employment Equity Act. The Act confines its affirmative action obligations to business or employers with more than 50 employees.

Now with the acceptance that the future of employment is small businesses, the logic of such confinement becomes difficult to capture. Further, the enforcement of the Act in its confined form still leaves a lot to be desired. Particularly in the high management echelons of private companies. The Act further creates no offences for failure to comply; it gives the inspectorate great discretion in the enforcement of the Act. This failure to ensure transformation as envisaged by section 9(2) does not end there.

In the mining sector government, through the Mineral and Petroleum Resources Development Act, has complete ownership of the South African mineral and petroleum resources. With the power issue licenses on application by interested mining companies, the issuance of these licences is subject to compliance with among others the Mining Charters.

Yet, post issuance companies have failed to maintain the ownership standards, and there has never been any revocation of mining licenses on that account. Now, if the operation of businesses will be subject to what the minister dreamed of, what will be the regulatory and enforcement framework post the allowing of the businesses to operate. It is not difficult to imagine a regulatory regime, with creation of offences and use of labour inspectors. But this has enforcement concerns.

The Current Framework on Employment of Foreigners

Section 22 of the Constitution grants every “citizen” the freedom to chose a trade, occupation or profession. This right, according to the Citizenship Act, applies to those born in Republic or those who are naturalised citizens.

For those who fall outside this category, exception is provided in the Immigration Act. This creates a stringent framework for granting of work visas to foreign nationals. With such stringent requirements, we still witness, as the ministers correctly outlined, a majority of employees in certain business or industries being foreign nationals. It cannot be said that South Africans lack those skills in such high numbers.

If that is not the case, it means there are employers who give employment to foreign nationals without them having work visas. That is an offence under the Immigration Act. The issue, therefore, has to be enforcement of the Act. If there is that failure in the enforcement of both the Immigration Act and the Employment Equity Act, where will this new will to enforce come from?

On This Day in South Africa: What happened on 02 October?