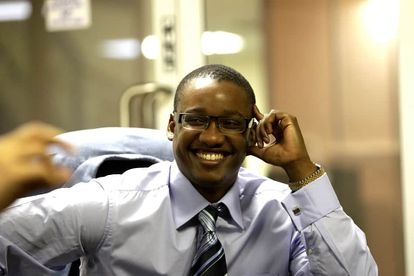 This e-mail was sent to TheSouthAfrican and a number of other media organisations from Duduzane Zuma. It is published here in full in the interest of transparency. The letter’s authenticity was confirmed by journalist Karyn Maughan.

It gives me no pleasure to write this open letter, but the time for transparency is now.

Mr Gordhan, you were Finance Minister of this country for over six of the last eight years, yet take no responsibility for this country’s economic performance in that time. It is always somebody else’s fault.

While you were in charge at Treasury, starting in 2009, the South Africa economy flatlined, unemployment rose from 21% to 27% and national debt increased from 31% to a record 51%. These are the facts and history will judge you on them.

You have used various state bodies such as the FIC and the Reserve Bank to try and destroy me and my business colleagues with no proof of misconduct. Yet you accuse us of state capture.

You had no shame in wasting taxpayers’ money on your recent legal action, which everybody knew was a waste of time and taxpayers’ money – and which you lost. If you had any conscience you would pay those costs back personally, but you never will.

It has long been rumoured that you own shares in various large South African companies, especially financial services, an area where you have consistently blocked a state bank and more competition. Yet you made no public disclosure of your holdings or noted the potential for conflicts of interest with your decision-making.

All of my bank accounts have been closed by your “friends” in the banking industry. Likely with your support. Anybody can see that you are in bed with them, rather than on the side of hard-working South African citizens.

Let us deal with some key facts that the media has published but chooses largely to ignore:

Why are their bank accounts still open? Why are you not calling for inquiries and prosecutions? Yet you ignore all of this and persecute me and my business partners. However:

And still you say we are corrupt – and others are clean.

You are a conspiracy theorist who failed as a Minister of this great country. You grandstand in Parliament and embarrass this country. Do you not think that the people of this country can see what you are doing?

People are innocent until proven guilty. I challenge you – take me to Court if you think you have a case.

Also, you never, ever, want to acknowledge this, but the Gupta family and I have consistently welcomed a Judicial Commission of Inquiry into all state capture.

I, and the Gupta family, pledged 15 months ago to exit our South African investments to make sure the jobs of our fellow South Africans are protected. It has taken a while, but we have done it. You criticise this sale, as you don’t care about jobs for ordinary people, and if it doesn’t fit you and your political agenda.

How do you sleep at night? Does putting over 7,500 South Africans out of work even bother you?

You even criticised the new Mining Charter, which was created for the benefit of ordinary South Africans. You will always protect your friends in big business over the ordinary man.

The youth of this country that is desperate for hope and a chance to succeed, will eventually see you exposed for what you are.

I am selling my shares to be able to focus my time on clearing my name. At this point I would advise you to refrain from further public statements which could affect the current sales and my reputation. I reserve my rights to pursue legal action for the harm you are causing.