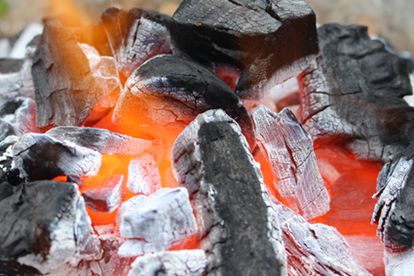 Another weekend gone, and after watching the power of the Lions and class of Province in the Currie cup semis (I’m a sharks supporter and we were awful!) we got to do the serious stuff and sit around and have a braai.

Last week, my article on braaing vs barbecuing got people talking about one of my definitions of a braai. I feel that to a braai needs to be on wood or charcoal, but a couple of people argued that you can braai on gas.

Gas-lovers reckon it’s far easier, and quicker, and we don’t smell like smoke afterward. Those in flats can get their share of the outdoors without upsetting the powers that be — or the neighbours. It is a fair point, but is a braai really supposed to be easier, better smelling or even quicker?

I for one, don’t really mind people cooking on gas outside. It is of course your choice ultimately. To me, though, it seems like the equivalent of like picking up your stove and taking it outdoors. My feeling is that a braai is an art form, not a matter of convenience. It’s supposed to be a test.

South Africans have been cooking on fire for generations — in back yards, on our farms and in our townships — the fire filling the air with glorious smoke.

For me, clicking a switch and firing up some gas simply is not the same. Yes it’s easier to cook on gas, and the marketing industry has done well to convince us that a gas braai is legit. But can we really consider gas to be a braai?

I personally never get too worked up about it; life is far too short. For me though, to be called a braai, it has to be on wood or charcoal.

It would be great to get your thoughts, so please comment below: