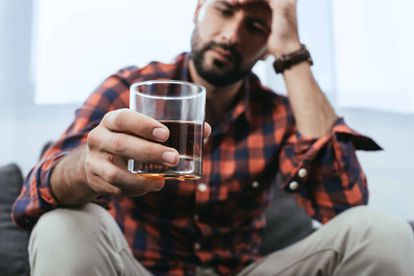 Data published by the World Health Organisation shows that South African consumers of alcohol are some of the heaviest drinkers globally. Every celebration in the country is accompanied by a pool of alcohol. At a simple birthday party for a child you will find parents drinking with their friends as if it is their celebration. Are we raising a generation of alcoholics?

Ever since lockdown, I’ve noticed so many posts making the rounds on social media about how to make your own alcohol. It seems, South Africans simply can’t live without alcohol. Prior to the lockdown, people bought boxes of alcohol that they finished drinking within a week of the lockdown. Afterwards, we saw South Africans making alcohol with apples, pineapples and various things. Well at first I thought it was hilarious up until I realised that perhaps we are a drunk nation.

Children are watching parents make their own alcohol. Many people think their drinking does not impact their children in anyway, after all it’s only dangerous to drink when pregnant. Unfortunately, the effects of growing up around alcoholism are sometimes so profound that they last a lifetime, affecting the way kids-turned-adults see themselves and others; their interactions in relationships, and more.

The impact on children

Because alcohol use is normalised in families with alcoholism, children can often struggle to distinguish between good role models and bad ones. Children who are raised by a parent with an alcohol addiction are more likely than other children to experience emotional neglect, physical neglect and emotional and behavioural problems. They’re also more likely to do poorly in school and have social problems. Approximately 50 percent will develop an alcohol addiction later on in their own life.

Children of alcoholics tend to struggle more in school than other children. Studies show that children with alcoholic parents tend to perform worse on tests and are more likely to repeat a grade. They’re also more likely to be truant, get suspended and drop out of school.

The impact of alcoholism is far broader and deeper than we see on the surface and needs serious consideration, especially at a time like this.