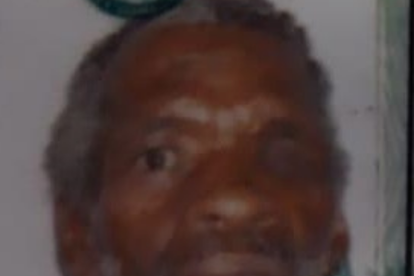 Have you seen Jackie “Bad Boy/Ou Kaai” Adams? Upington Police, his family, and the community would highly appreciate any help. The 60-year-old disappeared in Louisvaleweg.

According to the police file, the disappeared senior fellow was last spotted by his nephew on 10 January 2022. It was a Monday evening when he was wearing an orange overall jacket and blue jeans.

“Jackie was last seen by his nephew at their residence on the evening of Monday, 10 January 2022 when he went to sleep.

Masegela added to say that the missing Jackie “Bad Boy /Ou Kaai” Adams was discovered missing after his room was found empty after the Monday night he was last seen.

“The following morning he was not in his room and since then they cannot find him. He was wearing a blue jean and orange overall jacket,” said Masegela.

According to police spokesperson Sergeant Omphile Masegela, a case of culpable homicide is being investigated by the police in Upington.

This comes after a hit-and-run accident that happened near the N10 road on 08 November 2021 at approximately 20:00.

“The pedestrian was declared deceased on the scene. At this stage, the unknown man is estimated to be in his mid-20s, and he was wearing black pants and shirts,” Masegela said. Read the full story here.