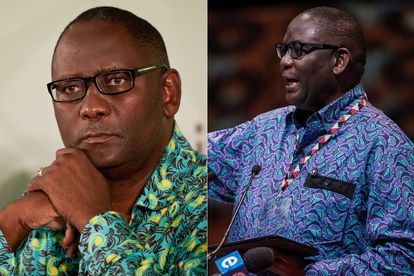 Zwelinzima Vavi has secured his spot as the General Secretary of the South African Federation of Trade Unions (Saftu). Vavi was just re-elected to the position he has held since the union’s inception a few years ago.

The late-night elections’ results were announced on the morning of Thursday, 26 May. Supporters of Vavi, and himself, have been in a scuffle with members of the National Union of Metalworkers of South Africa (Numsa).

Reports have revealed that most of Wednesday, 25 May, had been spent by Numsa fighting for four suspended national officer bearers to be allowed to stand for the elections.

Two suspended members have been re-elected

Two members have been re-elected. Motshwari Lecogo has been elected as treasurer while Thabo Matsose has been elected first deputy president. Several hours were spent in a stalemate over these officials and two others.

It’s been reported that Numsa’s Irvin Jim threatened to pull the union out of the conference at one point. Affiliates of Saftu gave in and eventually allowed the two officials to participate in the elections.

The conference will be coming to an end on Thursday, 26 May, reports EWN.

Previously, it was reported that the South African Federation of Trade Unions (SAFTU) has suspended four senior national office bearers for trying to suspend its Secretary-General, Zwelinzima Vavi. It says that the decision to place Vavi on suspension was unconstitutional. On Sunday, SAFTU said its National Executive Committee held a meeting to discuss the turmoil that engulfed the federation in the past two weeks.

Vavi’s suspension letter, dated 15 March 2022 had been doing the rounds on social media. In it, SAFTU President Mac Chavalala noted that there were “quite a number of transgressions” against Vavi which were tantamount to misconduct and misbehaviour.

Vavi was given until Thursday, 17 March 2022 to provide reasons why he should not be placed on precautionary suspension following allegations of misconduct and misbehaviour. Read the full story here.