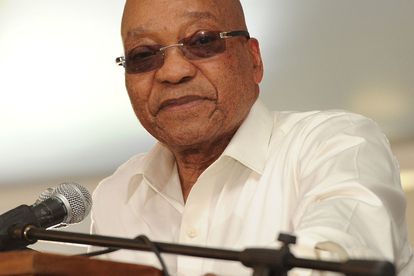 The former President Jacob Zuma was released on medical parole in September last year after serving two of his 15 month sentence. PHOTO: Flickr

The former President Jacob Zuma was released on medical parole in September last year after serving two of his 15 month sentence. PHOTO: Flickr

The lawyers of former President Jacob Zuma will be before the Supreme Court of Appeal (SCA) on Monday to try and overturn the ruling which found his medical parole release was unlawful.

The former President was released on medical parole in September, having only served two-months of his 15 month sentence.

Zuma was jailed for contempt of court by the Constitutional Court after failing to appear before the Commission of Inquiry into State Capture.

His prison sentence caused an insurrection in the country where unrest broke out in KwaZulu-Natal and Gauteng, leading to looting and deaths.

Zuma was released on medical parole by former correctional head Arthur Fraser. This is despite opposition from the medical parole advisory board which stated that the former president did not suffer from a terminal illness. This is a legal requirement to qualify for medical parole.

The Democratic Alliance, Helen Suzman Foundation and AfriForum brought an application to the High Court opposing the medical parole release. The court ruled in their favour, finding that Zuma’s release on medical parole was unlawful.

But the Gauteng High Court judge granted Zuma leave to appeal the ruling which was made in December last year. The former president applied for the ruling to be reviewed and set aside, which had directed him to return to prison to serve the remaining sentence.

The DA leadership announced that they will be attending the sitting on Monday at the SCA in Bloemfontein.

“The DA will attend the SCA hearing to ensure that the rule of law is upheld in this case, and that the former President Jacob Zuma serves his fifteen-month jail sentence for contempt of court in the lead-up to his corruption trial in the Pietermaritzburg High Court on 17 October 2022.”

ALSO READ: Zikalala SLAMS claims that he did not support Jacob Zuma