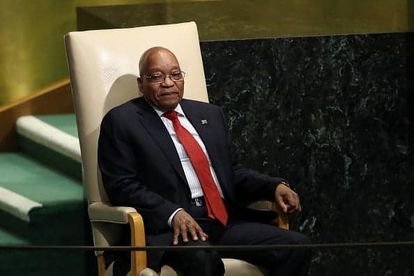 Dr Azar Jammine, chief economist at Econometrix feels that President Jacob Zuma’s bypassing of Treasury in his plan to provide for free education is likely to have even more dire consequences for the Rand.

Jammine wrote in his column published by BizNews that the country’s fragile currency depreciated on Monday, in anticipation of the President making public the findings of the report by the Heher Commission into free higher education. However, the Rand slowed its decline following the announcement, but would have rallied even more significantly if it wasn’t for a high-profile resignation at National treasury, that of budget policy officer, Michael Sachs.

He attributed Sachs’ decision leave Treasury to the perception that the removal of Pravin Gordhan and subsequent appointment of Malusi Gigaba as Minister of Finance signals that the institution may have been captured.

“The decision by Sachs to follow some of his peers out of Treasury has been seen to vindicate concerns about a decline in the competence of Treasury,” Jammine wrote.

“To the extent that the respect afforded National Treasury in the past has reflected confidence in this institution as a bastion of stability in the South African economy, the decline in such confidence arising out of the departure of key personnel within the organisation has been seen as an important factor conducive towards further credit ratings downgrades.”

According to Jammine, another factor which may have contributed to Sachs’ resignation is the apparent shift of budgeting power from Treasury to the Presidency – a move “conducive towards a dictatorship”.

With Zuma’s final term in office now in its last legs, Dr Jammine feels his expected successor, Cyril Ramaphosa has a huge task at hand in restoring confidence in the Treasury.

“Even under his (Ramaphosa) leadership, however, it would probably take several months at the minimum to restore confidence in the Treasury as a whole, and confidence in its ability to restore the institution’s competence in fiscal management,” he wrote.

“For this reason, even if the Rand should gain in the event of Ramaphosa winning the ANC presidential election, one does not foresee the currency gaining beyond 5 to 10% at most from current levels through the course of next year.”