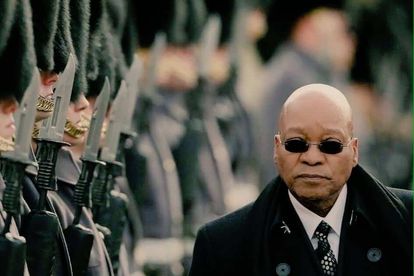 Jacob Zuma’s open defiance of a Constitutional Court judgment which stated that the former president must abide by a summons to appear before the commission into state capture has drawn the ire of lobby group Business Unity South Africa (BUSA), who say Zuma’s recalcitrant attitude will cost South Africa dearly.

“Our constitutional democracy and the rule of law are under severe threat when an ex-President defies the ruling of the highest court in the land,” said BUSA president Sipho Pityana.

He referenced the events on May 8 May 1996, when the then Chairperson of the Constitutional Assembly, Cyril Ramaphosa, presenting the draft Constitution of SA to the National Assembly, to relay that Zuma’s rebellious attitude will exacerbate investor anxieties and worsen the economic conditions in the country.

“It (the Constitution) proclaims to the world that we are a society committed to democracy, to the rule of law and the protection of human rights…….This constitution also creates a framework for sound and effective government in South Africa. It is good for investors, and it is also good for the rand.”

“On 1 February 2021, 25 years after leading a process to negotiate a globally respected constitution, President Cyril Ramaphosa faces a constitutional and legal crisis,” he said.

Pityana said this ‘crisis’ is spurred by Zuma’s remarks in the immediate aftermath of the Constitutional Court ruling in favour of the Zondo Commission, when the former president said, emphatically, that he will defy this ruling.

“It is clear that the laws of this country are politicised even at the highest court in the land.”

If as a country, Pityana continued, “we fail to act against such blatant violation of a decision by the highest court, we send a message that we have neither a political nor economic environment for investment in our country.”

He said BUSA has consistently, for the last 3 years, emphasised the critical imperative to create an environment for much needed investment and growth in SA. .

“This stance by ex-President Zuma will only serve to exacerbate investor anxieties and worsen the economic conditions for the exasperated population of SA.”

Pityana appealed to President Ramaphosa to “act decisively by ensuring that the law takes its course.”

“It is incumbent on ex-President Zuma to appear before the Zondo Commission, as directed by the Constitutional Court and guided by our globally respected constitution. The law must be applied to its fullest in the event ex-President Zuma defies the court’s ruling, as his statement suggests.”

Pityana said the ANC as the ruling party has the added responsibility to ensure that its members and all South Africans abide by the dictates of the highest court in the land.

“We also appeal to the ANC to act urgently and unequivocally against ex-President Zuma to instill confidence in citizens that the majority party respects the constitution and insists its members abide by the rulings of the Constitutional Court.”

The BUSA president pointed out that South Africa’s constitution, read with the Bill of Rights, directs that leaders must enable improvements in the living conditions of all South Africans.

“The only way in which this can be done is through sustained and inclusive socio-economic growth, made possible by increased investment from local and global investors,” he said.

“Ex-President Zuma’s conduct exacerbates an already difficult investment climate. We cannot, as a country, tolerate the illegal actions of one individual that impacts negatively on millions of our people!”