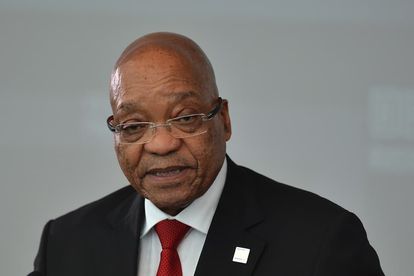 Zuma’s proposal that the finance minister and the auditor general determine how much he should contribute comes ahead of the Economic Freedom Fighter’s Constitutional Court bid next week to have him pay back the money. The Democratic Alliance and public protector have joined the court action.

Here are ten quotes from the president on his homestead:

1) “Never have I ever thought on the date when I will pay back the money. Firstly, there is no money that I am going to be paying back without a determination by those who are authorised to do so, as recommended by the public protector,” he said in Parliament in March last year.

“That determination has not been done. Why do you say I should pay back the money? You don’t even know how much,”  Zuma said during the same sitting in March last year.

3)  “The reality is, the president did absolutely nothing wrong. There is not a single one [report] that found anything wrong that the president had done,” Zuma told the SABC in December 2014, referring to himself in the third person.

4) “I think there is a very specific figure on the upgrades. I think it’s about R50 million or something… The government came in… the programme while we were building our own and extending our homestead, on our own. They came in, in the middle, to deal with what they called security features.  Since this was now to be the homestead of the president they needed specific things. That is what the money was spent on – not upgrading my home,” Zuma said in an interview with eNCA in February 2014.

5)  “I did not use the public’s money in Nkandla. What I’m saying is I’m not guilty. Even if they look for me under a tree they can’t find me. I did nothing wrong. I did not do anything… They go around and say this fella used public money. I am not guilty, there is no case against me. I am a person just like you,” he reportedly told a crowd in Gugulethu in March 2014.

6) “I am not worried about Nkandla, it’s not my problem. Nor is it a problem of the people who have been campaigning [for the ANC]…. I think the people who have been talking about it is you guys, the media, and the opposition. People don’t think Nkandla is an issue to affect ANC voters,” he told journalists at a breakfast briefing in May 2014, ahead of the elections.

7) “Shame bandla. Nkandla has been investigated by three agencies. There was a government task team that investigated Nkandla, there was SIU [Special Investigating Unit], and public protector. With regards to the public protector, she made specific recommendations and submitted the report in Parliament.

“The involvement of government in me building my house and the security features is government policy and there are departments responsible for that. And that’s what they did. And no one has found that they did anything wrong,” the president said in Parliament in May 2015.

8) “The problem that has been bugging the EFF is jumping the gun. They say you should pay back the money, their understanding is that there is a judgment that Zuma must pay back the money and there is nothing like that,” Zuma said during the same sitting of Parliament in May 2015.

9) “If you live in a [rural] area, you are not expected to build such a house. If you do they ask where you get the money, suggesting you stole it” Zuma reportedly said in Zulu at the inaugural Black Industrialists Indaba in Midrand in March 2015.

10) “You know some people who could not pronounce Nkandla have now learnt: Nkandla, Nkandla, Nkandla… Even if you tell them the Nkandla report is being processed, it is going to come, they say Nkandla. Even if you are discussing serious matters, they raise points of order and say Nkandla. That is a problem. It again emphasises the poverty of politics in our opposition parties,” he said in Parliament in May, mimicking a fake English accent’s pronunciation of Nkandla.

A bonus quote from Zuma’s former spokesperson Mac Maharaj from an interview with the Financial Times in July last year:

“But from the beginning, I once said to him, president, prepare yourself for repayment. This is before the [public protector] report came out. And I said, if you have a problem I’m sure that in your present position it won’t be difficult to raise. He said, no, I did not ask for those security enhancements, I’m not paying. I understood his point of view. “